This year’s quarantine is a great opportunity to watch films about the lives of the saints and of Christ.

Holy Week—which begins with Palm Sunday and culminates with Easter Sunday—is the high point of the entire liturgical year in the Catholic Church. But for countless Catholics throughout the country and around the world quarantined because of the coronavirus, there will be no Mass, no palms, no stations of the cross, no Paschal candle, and no processions this year—only the same old four walls. While this is of course strange and sad, there are still online streams of Masses, services, and Adoration, which is something to be grateful for and make use of. This is also a great opportunity for Catholics to rediscover other aspects of the faith: Scripture, theology, the spiritual works of mercy (a good one for families in close quarters and testing each other’s patience), and prayer—especially prayer for those impacted by the coronavirus.

It’s also a great opportunity to watch films about the lives of the saints and of Christ. Below are ten options available now on Amazon Prime for free. (If you don’t have Prime, several of the films below are also available on YouTube, as noted below.)

Molokai (1999): This new personal favorite is a biopic about St. Damien of Molokai, a Belgian priest who volunteered to minister to a leper colony on the isolated Hawaiian island and eventually contracted the disease. It’s beautifully done (the music in particular has stuck with me), impressive in its simplicity, and particularly relevant for this time we’re passing through now. It also boasts the screenwriter of Gandhi and an impressive cast (David Wenham of The Lord of the Rings, Peter O’Toole, Sam Neill, Kris Kristofferson). (Also available on YouTube.)

Becket (1964): Another Peter O’Toole film, Becket portrays the friendship and falling-out of Thomas Becket and Henry II when the former, upon becoming Archbishop of Canterbury, refuses to bend the Church to the dictates of the state. Richard Burton’s transformation from loyal friend to loyal son of the Church is magnetic, particularly in the scene of his excommunication of Lord Gilbert. (Also available on YouTube.)

Miracle of St. Therese (1952): This is an English-dubbed version of a black-and-white French film about the life of St. Thérèse of Lisieux, “the Little Flower,” from her youth to her last days. Though grainy and choppy and not for everyone, it has some remarkable scenes, including Thérèse’s experiences of piercing doubt, her discovery of her own great vocation, and her passage from life into death. (Also available on YouTube.)

Entertaining Angels: The Dorothy Day Story (2000): Dorothy Day is not a canonized saint (though she is a “Servant of God”), and this Paulist Pictures is a bit harder-edged. Nevertheless, this gritty, modern laywoman’s tale of conversion, sanctity, and activism will resonate with a lot of people, especially those interested in the Church’s work in social justice. Moira Kelly is wonderful as Dorothy Day, and Martin Sheen even shows up in the role of her longtime friend and Catholic Worker collaborator Peter Maurin.

Romero: Collector’s Edition (1989): Another harder-edged Paulist Pictures production about sanctity and social justice, this remastered version of Romero tells the story of Archbishop Oscar Romero, a defender of the poor in El Salvador who was martyred in 1980. Oscar Romero was canonized a saint last year by Pope Francis alongside Pope Paul VI, an event that I was fortunate to witness with my own eyes.

The Face of Mercy (2016): This documentary narrated by Jim Caviezel is about the devotion to the Divine Mercy, which grew out of the spiritual experiences of St. Faustina Kowalska, and some of the staggering stories of forgiveness inspired by its message. This is a great option to watch in the days after Easter, leading up to the following Sunday of Divine Mercy on April 19.

Jesus of Nazareth (1977): Franco Zeffirelli’s Jesus of Nazareth is, in many ways, the gold standard for a film about the life of Jesus. Robert Powell’s steely glare and intense bellow make are striking, especially in the scene depicting Jesus’ lashing out at the scribes and pharisees. The six-hour runtime may prove exhausting, so you might opt to just watch the latter half of the film. (Also available on YouTube.)

The Greatest Story Ever Told (1965): Despite its star-studded cast (John Wayne, Charlton Heston, and Sidney Poitier all make cameos), George Stevens’ epic (and expensive) The Greatest Story Ever Told has generally been blasted by critics. However, in the wake of the recent death of Max von Sydow, who plays Christ, I’m especially looking forward to finally watching this one next week.

The Gospel According to St. Matthew (1964): The most unconventional (and best-reviewed) of these four movies about Christ, The Gospel According to St. Matthew was directed by Pier Paolo Pasolini, an openly gay atheist and Marxist. But Pasolini’s film, while stark and creative, closely follows the dialogue and events of the Gospel itself. In 2015 the Vatican City newspaper L’Osservatore Romano called it “the best film about Jesus ever made in the history of cinema,” and it even landed on the Vatican’s list of the forty-five “great films.” (Also available on YouTube.)

The Passion of the Christ (2004): As far as Holy Week films go, it’s difficult to top Mel Gibson’s Oscar-nominated Passion of the Christ, even after all these years. Focused and energetic, brutal and operatic, it’s the work of a director at the top of his game, paired with the right actor at the right time. Jim Caviezel is unforgettable as the ultimate Scapegoat and Servant of all—the Lamb of God, who took away the sins of the world (John 1:29), destroyed death (2 Tim. 1:10), and made all things new (Rev. 21:5). (Also available on YouTube.) 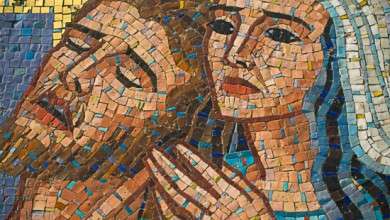 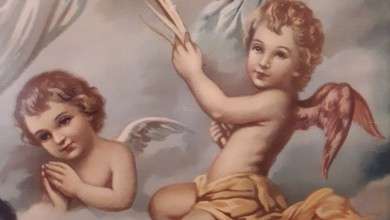 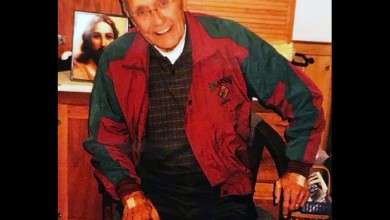 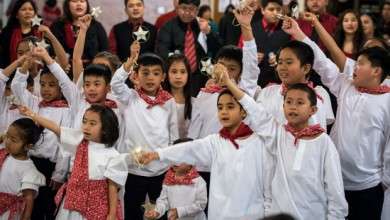