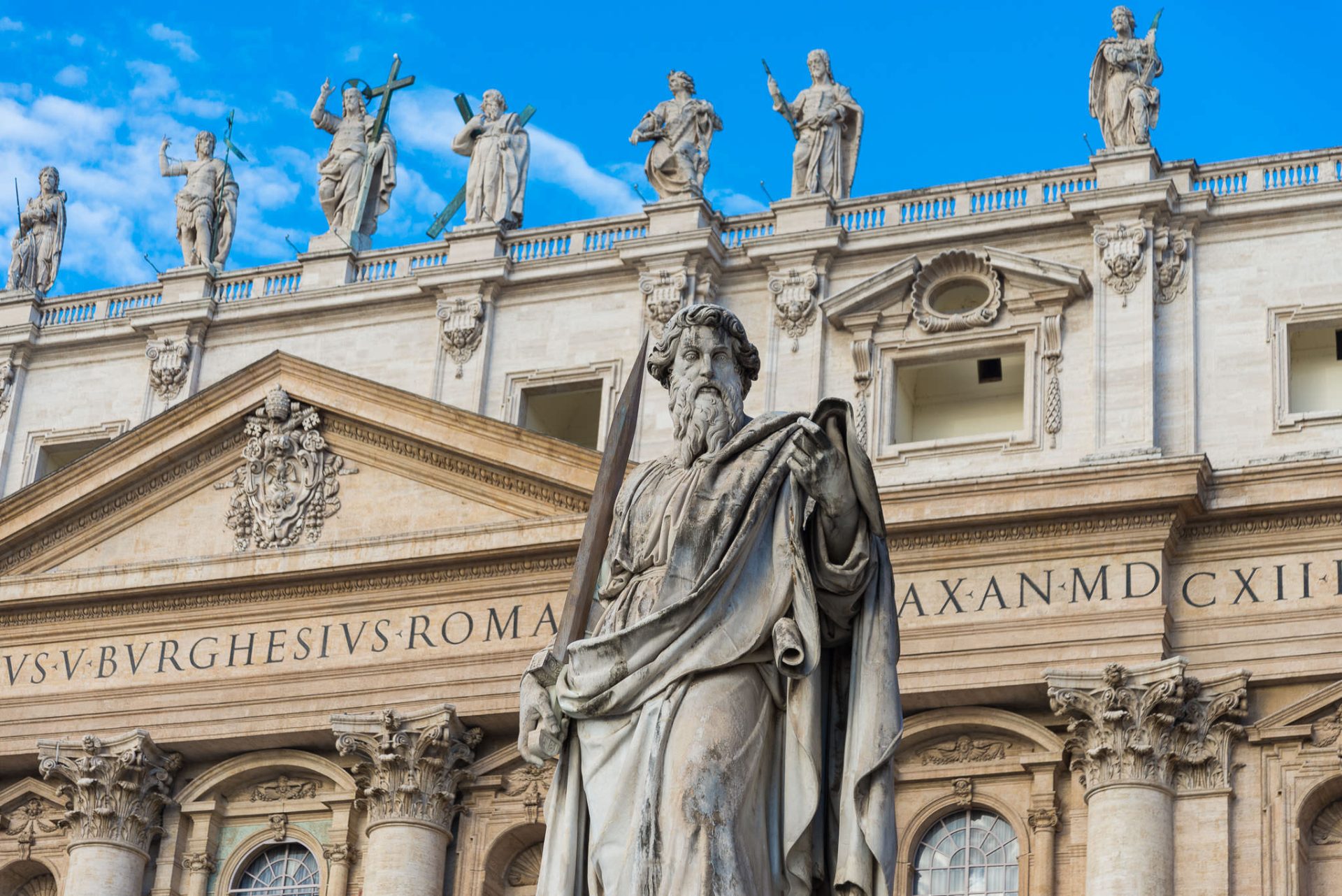 1.    This is not really about the Catholic Church but Vatican City has the highest crime rate in the world! The city has about 800 in population and about one crime per day, making its crime rate the highest per capita in the world. It is worth remembering that this small place gets over 20 million visitors annually, the crimes are usually minor offenses like purse snatching and pickpockets.

4.    Johannes Gutenberg, the inventor of the printing press, was Catholic and the first book ever printed was the Catholic Bible.

5.    The Catholic Church is responsible for gathering the Bible as it is today. They composed the Chapters and decided which books to be included after meticulous investigation. Protestants removed some of the books in the Bible like Tobit, Judith, Maccabees, Wisdom, Sirach, and Baruch. Mostly because these books do not fit into their theology. Martin Luther also made efforts to remove even the book of Revelations, James but got push backs from his followers. So, Catholics did not “add”, others “removed”. You can see the Jehovah’s Witnesses’ bibles having even different texts, changing fundamental meanings of words of scriptures.

6.    Even though the Catholic Church canonizes specific people to be venerated and emulated in the Catholic Church, however, there is no number as to how many saints there are. The thousands of saints we know today is only a fraction since anyone who enters heaven is a saint.

7.    Any Catholic may baptize someone at risk of dying as long as the person desires to be baptized. There are specific guidelines however and those must be followed. The person baptizing must study the Catholic Catechism for guide. Generally, though, baptisms are left for the clergy.

8.   About 15 percent of the hospitals in the United States are Catholic hospitals. There are some parts of the world where the Catholic Church provides the only health care, education, and social work.

10.    The Swiss Papal Guard protects the Pope. Wearing uniforms designed by Michelangelo and commonly armed with halberds, they are capable of using heavier weapons if needed. Each member is Catholic, male, and Swiss, and must complete military training in Switzerland. They must demonstrate good conduct and be at least five-foot-eight in height. Upon admission, new recruits meet the pope privately with their families. The Swiss Papal Guard is the oldest active military unit in continual existence since 1506. They are willing to give their lives for the Pope, in extreme circumstances.
So, how did you do? Post in our comments section if you learned something new and remember to share this article with your friends!

11. Katholikos, a Greek word meaning “toward the whole” is the root of the word “Catholic”. St Ignatius used this word to show that the Church is a gift of Christ to all people.

12. The “Devil’s Advocate” or Advocate Diaboli, is a real position within the Catholic Church.

13. The magical term “hocus pocus” comes from the most sacred moment in Catholic ritual: the consecration of the bread as the body of Christ by the priest speaking the words “This is my body,” which in Latin is Hoc est enim corpus meum.

14. Not all 266 Popes of the Catholic Church have been from European countries. In fact, there have been five Popes from Syria (or of Syrian origin). Pope Francis is the first Pope from Argentina, first Latin, and first Jesuit Pope.

15. Emperor Constantine was the first Roman emperor to treat Christians with tolerance. He is said to have experienced a vision of the cross before a major war. And in the Edict of Milan of 313 AD, he stopped the persecution against Roman Christians.

17. Around the 14th Century, the Seat of the Catholic Church moved temporarily to Avignon, France. At the time there were two Popes in the Church. This was born of schism and strife in the Church. Pope Gregory XI returned to Rome in 1376 and ended the Avignon Papacy.

17 Interesting Facts About the Catholic Church You Didn’t Know! Add a comment Below