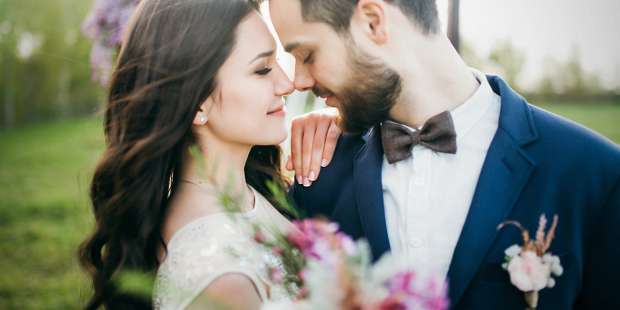 3 Myths about marriage worth challenging

For example: “A child is the end of everything cool in your life.”

There are so many folk stories out there. Old husband’s and wive’s tales that probably came to life after a few strong drinks, and then got repeated for so long that now they are considered to be true. It’s where we get phrases like, “Mom knows best.”

It’s also where we get a lot of stereotypical and false ideas about marriage. But I’m fed up hearing people repeat them (even when most of us know better), so I’ve decided to set the record straight again (at least in my own little corner of the internet), and dispute the three marital myths I dislike hearing the most:

Myth no. 1: Happy couples do not argue

I heard that statement so often before getting married that I almost believed it before my wedding. I lay awake at night, wondering if it would happen to me and my fiance. So, knowing both of us could be stubborn, I turned to two pieces of good advice:

Scripture says, “Let not the sun set over your anger.”

The pope says, “Argue, let the plates fly, but never end your day without reconciliation.”

And, now that I’m on the other side of marriage, I can add a third piece of wisdom in the same vein: It doesn’t matter how an argument starts, but it is important how it ends. Let a passionate reconciliation to arguments be your marital challenge. Because, yes, you will argue. Just like we do. And you will be happy in spite of it. Just like we are.

Dr. John Gotten (a conflict specialist) formulated a 5:1 principle, meaning each criticism you dole out to your spouse should be offset by five compliments or nice words. In other words, let the reconciliation be like a jelly doughnut filled with delicious jam. You will both relish it.

Myth no. 2: Sex fades away with every passing year

I don’t want to brag, but I know firsthand just how false this is. After my wedding, I can say with confidence that I had 100 percent more sex than before … because I decided to abstain from premarital sex. But, if this particular myth were true, our marital statistics should be falling lower and lower as we rack up anniversaries. I can also say with confidence: That’s not the case. Far from it.

Yes, things change, and your sex life might become different. Spouses don’t operate on batteries, after all. We’re a little more complicated than that. So, I’ll admit, the sex in my marriage has changed from year to year … but only for the better. The sex we have has only become more understanding, tender, and close. I am blushing at the very thought of my golden anniversary!

Don’t want to take one woman’s subjective opinion? Fair enough. Take the objective word of a few Scandinavian scientists instead: They looked at the sexual lives of married and unmarried couples, only to find that the married couples had sex more often and with a greater sense of security.

Though conflicting, these are both fairly common ways of thinking about marriage as it relates to parenthood. The first scenario looks like this: A childless couple, having trouble, thinking they need to change something drastic to fix the problems, get an idea: “Let’s make a baby.” And you don’t have to tell anyone why that idea is appealing: Babies are sold to us on TV as adorably plump, lavender smelling things that wake up only for feedings, and fall asleep in the arms of their fit moms who have perfect makeup (even though it looks like they aren’t wearing any). And we’re also sold the idea that a baby bonds people together. So it’s natural your brain might jump to family as a solution.

On the other hand, don’t fool yourself into thinking that kids are the guillotine about to cut away your marital happiness. A child is a change. A big one. But you get better at it with practice. And while those first years are undoubtedly overtaken by the new arrival, I promise that you will still have fun. You will still be cool. Even in that minivan full of car seats and diaper bags. You will laugh together, and you will find a new way to be cool.

Well … until they grow up to be teenagers, and tell you what a hugely embarrassing dork you are. But those years in between? You’ll be the bee’s knees.

Do you know any other marital myths? Please share them with us in the comments.