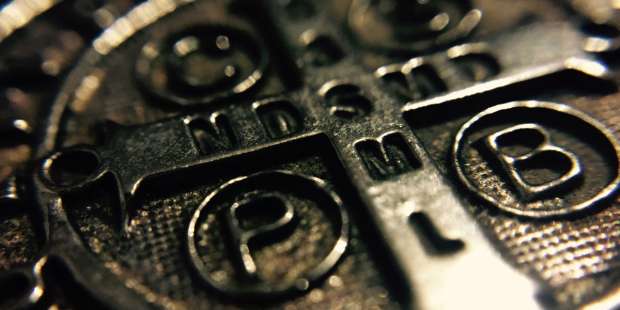 Here’s a brief introduction to this most beloved sacramental

Many are familiar with the Jubilee Medal of St. Benedict, a sacramental of the Church that is traditionally known for its ability to protect against demonic influences. Embossed on the medal is a powerful prayer that can be said on a regular basis. It is quite simple and easy to memorize.On the back of the medal, within the cross at the center, are the following letters that represent a Latin prayer against Satan:

Around the edge of the medal are more letters that stand for the Latin exorcism prayers:

Saint Benedict was born in Nursia, Italy, around the year 480. The twin brother of Saint Scholastica, he is considered to be the father of Western monasticism, and even though there was already a thriving monastic tradition in other Mediterranean regions, his Rule (known, appropiately enough, as the “Rule of St. Benedict”) became the basis of organization for many religious orders, starting with, of course, the whole Benedictine family, which includes Cistercians and Trappists.

So, in order to fully grasp the meaning of the different symbols and customs associated with the medal, one must know about the particular events of St. Benedict’s life. For example, there is a tradition that the medal protects bearers from poison. This is rooted in a story about Benedict’s holiness and his special powers to discern good and evil. When Benedict had been living for at least three years as a hermit in a cave, some men who were living together as a religious community came to him for direction, since their abbot had recently died. They asked Benedict to take over their community. Some of the monks, though, didn’t like the plan of bringing in an outsider, and attempted to kill Benedict with poisoned bread and wine. However, when St. Benedict made the sign of the Cross over these things as he said grace, he came to know they were poisoned, so he toppled the cup and commanded a raven to carry off the bread. That’s why tradition says St. Benedict’s medal protects you from poisoning.

2. Besides poison, the medal is believed to…

a) Ward off witchcraft and any other diabolical and haunting influence. That means it also protects you from temptation, delusion or being tormented by evil spirits.

b) Obtain the conversion of sinners, bringing them into the Catholic Church, especially when they are in danger of death. That is why the medal has been also nicknamed “the Cross of the Happy Death” when it is attached to a crucifix.

c) Secure the timely and healthy birth of children, as tradition also claims it is a great means of protection against contagious diseases.

3. Wait… can you go back to the “Cross of the Happy Death” part?

Sure. If the medal is attached to a crucifix, then we are in the presence of a “Cross of a Happy Death,” not only because of the exorcising properties of the medal and the image of Christ’s Body itself, but because of St. Benedict’s very particular patronage, based on what tradition tells about his own death. Pope St. Gregory the Great (A.D. ca. 540-604) describes St. Benedict’s passing:

“Six days before he left this world he gave orders to have his sepulchre opened, and forthwith falling into an ague, he began with burning heat to wax faint; and when as the sickness daily increased, upon the sixth day he commanded his monks to carry him into the oratory, where he did arm himself receiving the Body and Blood of our Saviour Christ; and having his weak body holden up betwixt the hands of his disciples, he stood with his own hands lifted up to heaven; and as he was in that manner praying, he gave up the ghost.”

Make sure to visit the slideshow below to discover some details of the Abbey of Subiaco, the Benedictine abbey Saint Benedict himself founded in the 6th century.

The grand staircase in the Subiaco abbey

A group of statues in the Subiaco abbey

A mosaic cross can be seen over the doorway while entering the Subiaco Abbey.