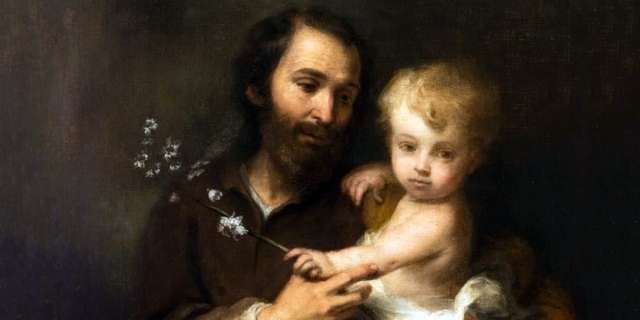 3 Ways we wouldn’t have Jesus without Joseph

Home » Articles » 3 Ways we wouldn’t have Jesus without Joseph

This Year of St. Joseph is a great time to deepen our understanding of Joseph’s role in salvation history.

In this year of St. Joseph, Catholics are rediscovering the crucial role Joseph played in salvation history.

We have grown accustomed to talking about the importance of his mother. We explain it every Sunday in the creed: “by the Holy Spirit was incarnate of the Virgin Mary, and became man.”

But we tend to think of Joseph as if he were just a caretaker, and not intimately involved in our salvation. Pope Francis tries to correct that in his apostolic letter about Joseph, saying: “The greatness of Saint Joseph is that he was the spouse of Mary and the father of Jesus.”

In fact, Joseph’s fatherhood of Jesus was critical.

1. Mary’s role in salvation history is in a class by itself, but Joseph’s fatherhood fulfills God’s promises in a way that Mary’s motherhood does not.

Notice the order of the details the Gospel gives when it tells the story of the Annunciation:

“The angel Gabriel was sent from God to a town called Nazareth, to a virgin betrothed to a man named Joseph, of the house of David, and the Virgin’s name was Mary,” writes St. Luke. “And coming to her, he said, ‘Hail, full of grace! The Lord is with you.’”

First, we hear about who Joseph is, and only then do we hear the name of Mary and learn that she is “full of grace.”

This is because, in order to fulfill the prophecies about the Messiah-king coming from David’s line, Jesus had to be born of the house of David. That means that he had to be Joseph’s son every bit as much as he had to be the Virgin Mary’s son. And he was, as surely as Augustus Caesar, reigning at that time, was the true son of Julius Caesar, who adopted him.

2. Joseph was among the first to learn that Jesus needed to be truly God to be able to redeem us.

Today, the scholars who are most quoted in the media tend to overemphasize the humanity of Jesus. They make him purely a product of his time and place: He did the things he did and preached about the apocalypse because he was a Jew in Palestine where such things were emphasized.

But if Jesus is simply a man, then Christmas loses its whole point — God coming to make us partakers of the divine nature.

Ironically, the clearest statement that Jesus was coming as God is not in the Gospel of Luke’s record of the angel Gabriel’s words to Mary, but the Gospel of Matthew’s record of his words to Joseph: “Joseph, son of David, do not fear to take Mary your wife, for that which is conceived in her is of the Holy Spirit.”

Joseph hears the whole plan of salvation in advance: Jesus “will save his people from their sins” and he will be “Emmanuel, which means God with us.”

Jesus would again reveal his divine identity to Joseph and Mary when they lose him then find him in the Temple, saying: “How is it that you sought me? Did you not know that I must be in my Father’s house?”

3. But to redeem us Jesus also had to be a real man who learned obedience from his father, Joseph.

Rather than emphasizing Jesus’ humanity, it is also easy to make the opposite mistake about Jesus and to over-emphasize his divinity. We run the risk of considering him not really a “man” at all, but a Divine person imitating a man.

As the Second Vatican Council put it in Gaudium et Spes: “He worked with human hands, he thought with a human mind, acted by human choice, and loved with a human heart. Born of the Virgin Mary, he has truly been made one of us, like us in all things except sin.”

If he had a human mind, then we have a great mystery here: The divine Son had to learn from a human father. As the Book of Hebrews puts it: “Although he was a Son, he learned obedience through what he suffered.”

And he did: “During the hidden years in Nazareth, Jesus learned at the school of Joseph to do the will of the Father,” Pope Francis explained.

The Catechism spells it out even more, saying, “The everyday obedience of Jesus to Joseph and Mary both announced and anticipated the obedience of Holy Thursday” such that Joseph’s fatherhood “was already inaugurating his work of restoring what the disobedience of Adam had destroyed.”

So thank God for Mary’s unique role in salvation history — and her husband, Joseph’s, too.