God continues to work miracles, even in the 21st century.

Even though a large number of Eucharistic miracles date to the Middle Ages, many have occurred in the last century, with several being confirmed in the past 20 years. These miracles are a living testament to the Catholic Church’s teaching that while the appearances of bread and wine remain, the substance is changed (through the power of God) completely to the body and blood of Jesus Christ. It is a teaching based on scripture and tradition and has remained unchanged in its essence since apostolic times.

Additionally, the Church has recognized that on occasion God intervenes in a more visible way and can change even the appearances of the bread and wine into his body and blood. Or God may miraculously preserve a consecrated host for an extended amount of time, past what is natural for bread (as may be the case with the possible miracle in Italy).

Click on the next few pages to learn about four amazing Eucharistic miracles that have occurred in the 21st century.

In 2013, Bishop Zbigniew Kiernikowski, of the Diocese of Legnica stated:

On December 25, 2013, during the distribution of the Holy Communion, a consecrated host fell to the floor and then was picked up and placed in a water-filled container (vasculum). Soon after, stains of red color appeared. The former Bishop of Legnica, Stefan Cichy, set up a commission to observe the phenomenon. In February 2014, a tiny red fragment of the host was separated and put on a corporal. The Commission ordered to take samples in order to conduct the thorough tests by the relevant research institutes.

After the investigations, the Department of Forensic Medicine stated:

In the histopathological image, the fragments of tissue have been found containing the fragmented parts of the cross striated muscle. (…) The whole (…) is most similar to the heart muscle with alterations that often appear during the agony. The genetic researches indicate the human origin of the tissue.

During Mass on Sunday, October 12, 2008, at the parish church of St. Anthony in Sokolka, a consecrated host fell from the hands of one of the priests during the distribution of Communion, next to the altar. The priest interrupted the distribution of Communion and picked up the host, and, in accordance with liturgical norms, placed it in a small container of water. The host was expected to dissolve in the water, which would later be disposed of properly.

At the end of the Mass, at the request of the pastor, Fr. Stanislaw Gniedziejko, the parish sacristan Sr. Julia Dubowska poured the water and the host into another container.

A week later, on October 19, Sr. Julia noticed a delicate aroma of unleavened bread. When she opened the container, she saw, in the middle of the host—which was still largely intact—a curved, bright red stain, like a blood stain: a living particle of a body. The water was untainted by the color.

A piece of the altered host was taken and analyzed independently by two experts, Prof. Maria Sobaniec-Lotowska, MD, and Prof. Stanislaw Sulkowski, MD, in order to ensure the credibility of the results.

The results of both independent studies were in perfect agreement. They concluded that the structure of the transformed fragment of the host is identical to the myocardial (heart) tissue of a living person who is nearing death. The structure of the heart muscle fibers is deeply intertwined with that of the bread, in a way impossible to achieve with human means, according to the declaration of Professor Maria Sobaniec-Lotowska.

On October 21, 2006, during a parish retreat, a consecrated host that was about to be distributed effused a reddish substance. The bishop of the place, Most Reverend Alejo Zavala Castro, convened a theological commission of investigation to determine if it was a hoax or a genuine miracle. In October 2009, he invited Dr. Ricardo Castañón Gómez to conduct scientific research with a team of scientists and verify the miraculous nature of the occurrence. Dr. Gómez had recently finished his investigation into the miracle that occurred in Buenos Aires.

The scientific research conducted between October 2009 and October 2012 released the following statement:

The reddish substance analyzed corresponds to blood in which there are hemoglobin and DNA of human origin.

Two studies conducted by eminent forensic experts with different methodologies have shown that the substance originates from the interior, excluding the hypothesis that someone could have placed it from the exterior.

The blood type is AB, similar to the one found in the Host of Lanciano and in the Holy Shroud of Turin. A microscopic analysis of magnification and penetration reveals that the superior part of the blood has been coagulated since October 2006. Moreover, the underlying internal layers reveal, in February 2010, the presence of fresh blood.

The event does not have a natural explanation.

On April 28, 2001, in the parish church of St. Mary of Chirattakonam, the parish priest noticed an amazing image that appeared on a consecrated host. He wrote down exactly what happened.

Eventually the image became more clear and was of a man similar to that of Christ crowned with thorns. The miraculous image was investigated by His Beatitude Cyril Mar Baselice, archbishop of the diocese of Trivandrum, and the monstrance with the host remains enshrined in the church to this day. 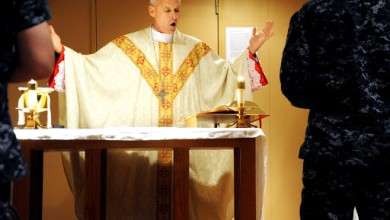 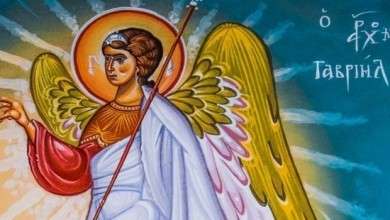 A powerful prayer to St. Gabriel the Archangel 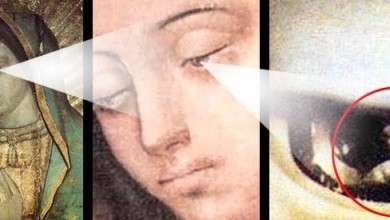