Six years ago, I joined the Catholic Church. Though I had grown up in an evangelical Protestant family, the study of Scripture and Church history, among other things, convinced me that the Catholic Church is the Church Christ founded, and thus where I needed to be if I truly wanted to faithfully follow after Christ.

One of the things I discovered as I was studying Catholicism was that many reasons Protestants have for remaining outside the Catholic Church are not very good. They might believe something false about Catholicism, for example, and so are rejecting something that doesn’t exist.

Below are 4 examples of bad reasons Protestants reject Catholicism. Of course, there are more sophisticated reasons why a Protestant may reject the Catholic Church (which I think still fail), but one certainly can not legitimately reject Catholicism for any of the reasons on this list.

Catholics only worship the Triune God. We love the saints, ask them for their prayers, and look up to them as Christians models. Presumably, few people have a problem doing these things with their fellow Christians who are alive on earth, so it’s not clear why those same activities become worship when directed towards our brothers and sisters in Christ who have gone before us.

But even if one disagrees with these practices, saying that Catholics worship the saints is simply false.

This is usually paired with the belief that the first few centuries of the Church before Constantine looked something like evangelical Protestantism today: without hierarchies, sacraments, or any of the trappings of the Catholicism they reject.

But it’s simply false. We have hundreds of pages of writings from pre-Constantine Christians (e.g., St. Clement of Rome, St. Ignatius of Antioch, St. Justin the Martyr, St. Irenaeus, St. Cyprian of Carthage, etc), and it’s not even close: they are all clearly Catholic.

Bishops, priests, deacons, the Mass, the real presence of Jesus in the Eucharist, the Mass as a Sacrifice, the primacy of the bishop of Rome, the preservation and veneration of relics, prayers to the saints, the perpetual virginity of Mary, regenerative infant baptism, even the name “Catholic Church” were all explicitly in the Church long before Constantine was even born.

3) There are bad people in the Church

You’ll notice that this one lacks a “you think,” and that’s because this objection is true – it’s just still a bad reason to reject the Catholic Church. This is because we’re all sinners, and all churches have sin.

If you won’t be in a church that has sinful people, you can’t even be in church with yourself. In fact, the purpose of the Church is to heal and sanctify sinners, so if a sinner is in the Church, he’s in the right place.

4) It’s too hard to leave your current church community

I’ve heard this especially from older people who are well established in their communities and people whose careers are tied to Protestant Christianity in some way. But sometimes it’s a spiritual lethargy expressed with the expression “that’s just not how I was raised.”

Christianity is all about conversion. Yes, it can be painful to lose relationships and scary to walk away from one’s source of income. I’m sure Christ understands the sacrifices we make to follow him. But he also made it clear that unless we are willing to make everything else in the world secondary to following him faithfully, we aren’t worthy to be his disciples.

Christians are being killed for their faith by the thousands around the world. If the Catholic Church really is Christ’s Church, then there simply is no acceptable reason not to join it – even if it costs us our lives, let alone relationships or financial security. 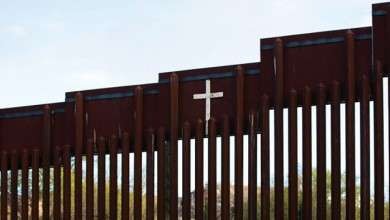 A Catholic approach to immigration

The power of private revelations 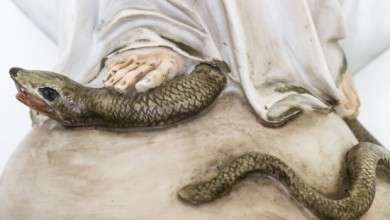