During the last days of the month of July, the northeastern Mexican city of Monterrey was struck by the remains of Hurricane Hanna, which arrived in the region as a tropical depression. Amidst torrential rains, flooding, damage to infrastructure, and several deaths, a sign of hope appeared: a 40-foot-tall sculpture of Our Lady of Guadalupe, which had been blessed by St. John Paul II, emerged from the riverbed of the Santa Catarina river after 10 years of being buried under mud and stones.

The statue was created in 1990, and was erected along with an even taller cross next to the altar where John Paul II celebrated an open-air Mass for a multitude reaching as far as the eye could see, on May 10, Mother’s Day. The pontiff blessed the statue, which remained in place for 20 years to commemorate the papal visit.

Then, Hurricane Alex struck Monterrey on June 30, 2010. The storm brought with it a steady downpour that dropped more than two feet of rain on the city in less than two days. The results were devastating. The Santa Catarina river, which flows through the center of the metropolitan area, overflowed its banks, destroying key bridges and permanently changing aspects of the landscape and infrastructure. At least 15 people died, and along with the bridges and roads, the water took the beloved sculpture of Our Lady of Guadalupe.

When it became possible, representatives of the local church searched for the image, but it was found to be buried under approximately six feet of rocks and mud. That, combined with the size and weight (10 tons) of the sculpture, made recovering it impractical. A replica was made and placed on roughly the same spot.

Almost exactly 10 years later, at the end of July this year, the remains of Hurricane Hanna struck the city in the form of a tropical depression that brought torrential rains and flooding once again. Although less destructive than Alex, Hanna also caused at least 3 deaths and localized damage to infrastructure, according to reports in local media. However, the high waters and strong currents in the Santa Catarina river also uncovered the face of the sculpture of Our Lady of Guadalupe, which was discovered after the storm, on July 27, by a construction worker who was looking for scrap metal in the riverbed, according to El Universal.

The Archbishop of Monterrey, Rogelio Cabrera, described the event as “a very special sign for Catholics, which fills us with hope for a better future,” according to the archdiocese’s news outlet, Pastoral Siglo XXI. Immediately, work started to uncover the rest of the image.

The faithful, including the auxiliary bishops of the archdiocese of Monterrey, started to visit the image. For a brief time, the image became popularly known as the “Virgin of the River.”

More rain caused a slight setback, partially recovering the image with rocks borne by the river, but early in the morning of August 6, the image was removed and taken away to be restored.

What should be done with the recovered sculpture was the subject of some public and private debate, but it was decided that after being restored, the image should be returned to its original location next to the river, at the site where John Paul II had celebrated the Mass for the multitudes. The replica which stood in its place for 10 years will be placed on the grounds of a parish dedicated to Mary, Queen of Mexico.

At minute 3:31 of this report in Spanish (below) about the image’s rediscovery, the sculpture of Our Lady of Guadalupe can be seen next to the cross and the altar where John Paul II was celebrating Mass. 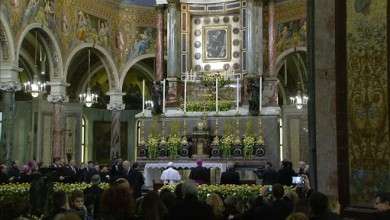 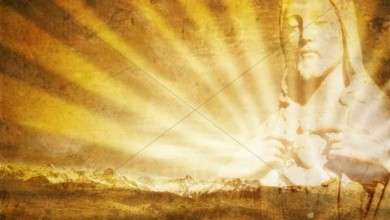 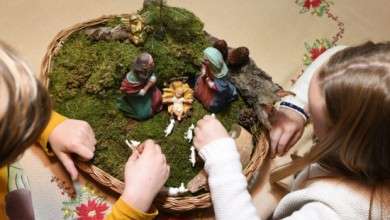