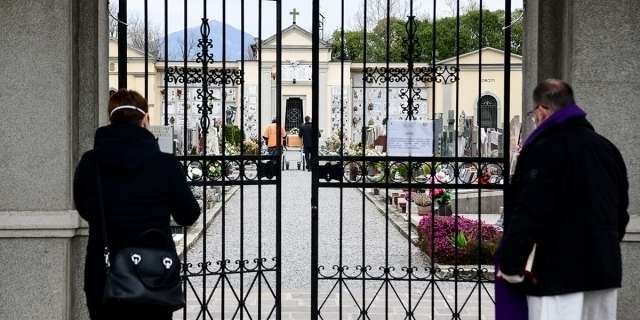 The COVID-19 death toll among Catholic priests in Italy since the beginning of the pandemic has reached 167 — with 43 clerics dying in November alone.

The dead include the retired auxiliary bishop of Milan, Marco Virgilio Ferrari, 87, who died November 23.

His passing comes almost two months after the death of Bishop Giovanni D’Alise of the Diocese of Caserta, who died at age 72.

Cardinal Gualtiero Bassetti, president of the Italian bishops’ conference, was critically ill with COVID-19 in November but is continuing to recover, Catholic News Agency reported.

The cardinal, who is also archbishop of Perugia-Città della Pieve, spent 11 days in intensive care in a hospital in Perugia, before being transferred to Rome’s Gemelli Hospital.

“In these days that have seen me go through the suffering of the contagion from COVID-19, I have been able to experience the humanity, the competence, the care put in place every day, with tireless concern, by all the personnel,” Cardinal Bassetti said in a message to his diocese Nov. 19. “They will be in my prayers. I also carry with me in memory and in prayer all the patients who are still in the moment of trial. I leave you with an exhortation of comfort: let us remain united in the hope and love of God, the Lord never abandons us and, in suffering, he holds us in His arms.”

According to L’Avvenire, the newspaper of the Italian bishops’ conference, the latest victim among the ordained clergy in Italy is Msgr. Paolo Rigon, 82, who died on November 28 in Genoa. Msgr. Rigon was dean of the cathedral chapter and judicial vicar of the Ligurian Ecclesiastical Court.

Other priests who succumbed to the coronavirus in November include: