St. Louis de Montfort wasn’t the first or the last to consecrate himself to the Mother of God.

Consecration to the Blessed Mother is an ancient practice, having roots that go back all the way to the very beginning of Christianity. However, it wasn’t until St Louis de Montfort in the 18th century that the practice became formalized and more popular.The pious practice reminds us of the close connection Mary has with Jesus, and how she treasured everything “in her heart” (cf. Luke 2:19,51).

Pope Benedict XVI reflected on this profound mystery on the feast of the Immaculate Heart of Mary, saying, “The heart that resembles that of Christ more than any other is without a doubt the Heart of Mary, his Immaculate Mother, and for this very reason the liturgy holds them up together for our veneration.”

Marian consecration is an exterior practice that speaks of our interior desire to follow God’s will and unite our heart with his.

Numerous saints over the centuries have consecrated themselves to Mary in different ways and sought to give everything they had to the Blessed Mother.

Here are just five saints who lived out a particular Marian consecration and dedicated their entire lives to Jesus through Mary.

Known as one of the Doctors of the Church, Ephrem was a deacon in the early Church who composed more than 400 hymns. One of his favorite topics was the Blessed Virgin Mary and he wrote numerous lines in honor of her. In one of his hymns he wrote, “Only you and your Mother are more beautiful than everything. For on you, O Lord, there is no mark; neither is there any stain in your Mother.” He also wrote about “belonging to Mary” and constantly defended her role in salvation history in his many writings.

Another Doctor of the Church, Saint John was a great defender of the faith in the early centuries of Christianity. Among his contributions is the first known consecration prayer to Mary. In it he writes, “We are present before you, O Lady, Lady I say and again Lady, binding our souls to our hope in you, and as to a most secure and firm anchor, to you we consecrate our minds, our souls, our bodies, in a word, our very selves, honoring you with psalms, hymns and spiritual canticles, insofar as we are able-even though it is impossible to do so worthily. If truly, as the sacred word has taught us, the honor paid to our fellow servants testifies to our good will towards our common Master, how could we neglect honoring you who have brought forth your Master? In this way we can better show our attachment to our Master.”

Following closely after the example of Saint Louis de Montfort, Saint Maximilian Kolbe bound himself to Mary and freely became her “slave.” He urged everyone to consecrate themselves to Mary and composed his own consecration prayer. “O Immaculate, Queen of Heaven and earth, refuge of sinners and our most loving Mother, God has willed to entrust the entire order of mercy to you. I, ____, a repentant sinner, cast myself at your feet humbly imploring you to take me with all that I am and have wholly to yourself as your possession and property. Please make of me, of all my powers of soul and body, of my whole life, death, and eternity, whatever most pleases you. If it pleases you, use all that I am and have without reserve. Let me be a fit instrument in your immaculate and merciful hands for introducing and increasing your glory to the maximum in all the many strayed and indifferent souls and thus help extend as far as possible the blessed kingdom of the most Sacred Heart of Jesus. For whatever you enter you obtain the grace of conversion and growth in holiness, since it is through your hands that all graces come to us from the most Sacred Heart of Jesus.”

In imitation of all the saints who went before him, John Paul II desired to consecrate himself to Mary and took for his own the motto, “Totus tuus” (“All yours,” or “I belong entirely to you, O Mary”). He related to the Montfort Religious Family how the writings of Saint Louis de Montfort reassured him that devotion to Mary can never be too much. “I myself, in the years of my youth, found reading [True Devotion to Mary] a great help. ‘There I found the answers to my questions,’ for at one point I had feared that if my devotion to Mary ‘became too great, it might end up compromising the supremacy of the worship owed to Christ’…Under the wise guidance of St Louis Marie, I realized that if one lives the mystery of Mary in Christ this risk does not exist. In fact, this saint’s Mariological thought ‘is rooted in the mystery of the Trinity and in the truth of the Incarnation of the Word of God.’” 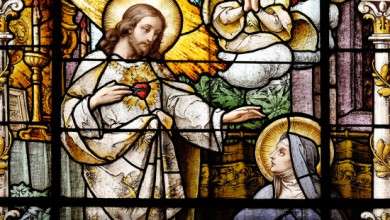 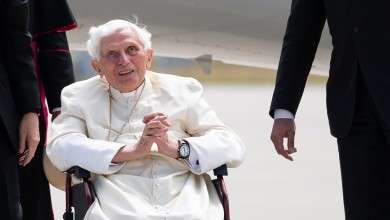 THE DAY I DISCOVERED THE GREATEST AND DEEPEST TRUTH