A mosque in Abu Dhabi is named for Mary, the Mother of Jesus, who plays an important role in the Christian-Muslim dialogue.

Recently the Sheikh Muhammad bin Zayed mosque in Abu Dhabi received a new name, which has gotten wide coverage in the media. It is now the Mosque of Maryam (Mary) the Mother of Jesus. This gracious gesture of Sheikh Muhammad ibn Zayed al-Nahyan deserves to be gratefully received and properly understood.

Mary, the mother of Jesus, plays important but different roles in Islam and in Christianity, and it is important for Christians and Muslims to understand what that means and what it does not mean. In one sense Mary can be looked upon like English in the expression “England and the US are two countries divided by the same language.”

It is true that there is material in the Qur’an about Mary which closely echoes what we find in the Gospels. It is, however, also true that the figures of Mary in the Qur’an and the New Testament are very different. If Mary is the Mother of Jesus, a prophet, in the Qur’an, she is the Mother of Jesus, who is the incarnate Lord, in the New Testament. In both religions the figure of Mary is intimately connected to that of her son Jesus. How Jesus is understood in the traditions profoundly impacts upon how Mary is understood. Christian Trinitarian belief in the humanity and divinity of Jesus is totally rejected in the Qur’an and Islam. As a result the figure and role of Mary in both religions must necessarily be different.

This in no way lessens the importance of Sheikh Muhammad bin Zayed’s gesture or lessens the role of Mary in Christian-Muslim relations. However, it does put it in a proper and more realistic context. For Christians to expect too much of the role of Mary in Islam can lead to disappointment. To expect too little of it is, tragically, to underestimate the role Mary plays in the spiritual life of Muslims.

Taking into account both the differences and similarities in the role of Mary in Christianity and Islam, the Mother of Jesus, nevertheless, plays an important role in the Christian-Muslim dialogue: she is the one who hears the word of God, believes it and heroically puts it into practice her life.

With that in mind, here are five things to know about Mary and Muslims: 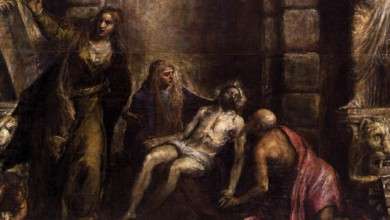 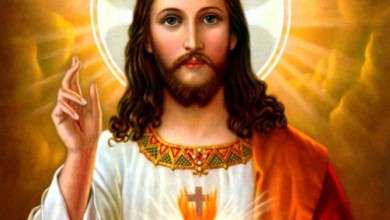 A Petition Prayer to the Sacred Heart of Jesus