Advertisement
What began with glowing rosaries and the rediscovery of a statue of the Virgin Mary in Argentina has now been approved by the local bishop as a series of apparitions that are “of supernational origin” and worthy of belief.
And the designation is deeply significant, recognizing the messages of Our Lady of the Rosary of San Nicolas, which exhort peace and give dire warnings, one miracle researcher says.
Bishop Hector Cardelli of San Nicolas in Argentina’s Buenos Aires province made the announcement May 22 at the conclusion of a Mass during the well-attended pilgrimage to the Shrine of Our Lady of the Rosary of San Nicolas.
The bishop has investigated the contents of the apparitions through 1990.
“(I)n my twelfth year of pastoring San Nicolas and, having followed with faith and responsibility the Marian events that I have known about since the very beginning, I have reached the decision to recognize them for my diocese,” Bishop Hector said.
“I recognize the supernatural nature of the happy events with which God through his beloved daughter, Jesus through his Most Holy Mother, the Holy Spirit through his beloved spouse, has desired to lovingly manifest himself in our diocese.”
Michael O’Neil, a miracle researcher and author who runs the website MiracleHunter.com, told CNA that the approval is significant. It means that the messages from the apparitions are not only approved for the faithful to read, he explained: the bishop is saying the events were in fact actual miraculous apparitions.
“That puts it on par with Lourdes, Fatima and Guadalupe,” O’Neil said.

The apparitions began after some rosaries in homes throughout San Nicolas de los Arroyos in Buenos Aires Province began to glow without any explanation.
A wife and mother named Gladys Quiroga de Motta saw these glowing rosaries and began to pray to the Virgin Mary. The Virgin appeared to her on Sept. 25, carrying the infant Jesus and wearing a blue gown and veil. Her figure glowed with light.
With only a fourth-grade education, Gladys had no great knowledge of the Bible or theology. She is a mother of two daughters and a grandmother.
At various times, the Virgin Mary apparition referred the woman to several Bible verses. One month after the first appearance, the apparition gave Gladys a white rosary and said, “Receive this Rosary from my hands and keep it forever and ever. You are obedient; I am happy because of it. Rejoice, for God is with you.”
The Virgin Mary asked Gladys to go look for a statue that had been blessed by a Pope and was forgotten away in a church. She found the statue on Nov. 27, 1983. It was in the belfry of the diocesan cathedral.
The statue in question was of the Mother of God holding the Child Jesus. It had been brought from Rome after it was blessed by Pope Leo XIII. Following the Virgin’s instructions, it was found in the bell tower of the church. The statue resembled the apparition.
Gladys also received 68 visits and messages from Jesus.
According to reports, Gladys shared the apparitions’ messages from the beginning. She was always at the disposal of the church authorities. Gladys now lives a life of great devotion, always keeping a low profile. She reportedly received the stigmata on her wrists, feet, side and shoulder.
There have been several documented healings related to the apparitions, including the healing of a boy with a brain tumor.
Gladys has shared about 1,800 messages from the Virgin Mary, O’Neil said. Many focus on topics like peace, repentance, returning to the sacraments, and drawing people closer to Christ. But there are also messages in an apocalyptic theme, predicting great turmoil for humanity ahead.
“So that’s the tricky part with all of this,” O’Neil said. “It’s not as simple as some of the other apparitions that just draw people closer to Christ… there are some dire warnings as well.”
Father René Laurentin, an expert on Marian apparitions, recounted the apparitions’ messages in his book, “An Appeal from Mary in Argentina.”
At one point, Mary said, “Many hearts do not accept my invitation to prayer and to conversion. That is why the work of the devil is growing and expanding.”
The warnings said that mankind is “in the process of falling in to a progressive self-destruction” and the Virgin Mary represents hope. “It is up to you to set your eyes and your heart on God,” she said.
“I want to cure my children from this illness which is materialism; an illness which makes many suffer. I want to help them discover Christ, and I want to make it known to them that Christ prevails over everything,” Mary said in the apparition. She stressed the importance of prayer, especially the rosary.
The apparition of Jesus told Gladys, “If this generation will not listen to my mother, it will perish. I ask everyone to listen to her. Man’s conversion is necessary.”
“Today I warn the world, for the world is not aware: souls are in danger. Many are lost,” Jesus said in a 1987 apparition. “Few will find salvation unless they accept me as their Savior. My mother must be accepted. My mother must be heard in the totality of her messages. The world must discover the richness she brings to Christians.”
“The children of sin will grow up in sin if their unbelief increases. I want a renewal of the spirit, a detachment from death, and an attachment to life. I have chosen the heart of my mother, so that what I ask will be achieved. Souls will come to me through the means of her Immaculate Heart.”

The diocese’s successive local bishops have discussed the apparitions several times. Bishop Domingo Salvador Castagna ordered the construction of a shrine as the Virgin had requested. Construction began in 1987 and the shrine was consecrated in 1990. That year, he approved the publication and dissemination of the messages of Our Lady of the Rosary in San Nicolas.
Every year, a massive pilgrimage to the shrine takes place on May 22.
O’Neil said it is unique that the bishops have approved the apparition messages from 1983-1990, even though the apparition is continuing today.
“So we have an apparition where we have a living visionary, who’s approved as authentic by the bishops,” he said. “Usually they wait until the messages end or the visionary dies, but in this particular case they decided to go ahead with the approval.”
Bishop Cardelli explained the process that led him to make his latest decision. He consulted experts and witnesses and was conscious of his duty to monitor or intervene in such apparition claims.
He said that he judged the events according to two criteria: “Positive and negative, and in both cases there were not, nor are there errors.” He said that he made his discernment using three specific criteria: “Were the events of natural origin? Could it be a work of the Enemy? Are they of supernatural origin?”
“The answers to these questions gave me the certainty that the fruits are real and positive and go beyond mere human action,” the bishop stated.
O’Neill said that the process for approving apparitions evaluates their messages to ensure there is nothing to contradict Scripture, tradition or the faith and morals of the Catholic Church. Apparitions are “private revelation” that do not add to the public revelation of Sacred Scripture. The investigation also evaluates the visionary to confirm that they are of sound mind and moral character.
The declaration that an apparition is “worthy of belief” does not mean the faithful are obliged to believe the apparition or that it happened. O’Neil said that there was no evidence that Pope Francis was involved in evaluating this apparition when he was Archbishop of Buenos Aires.
Bishop Cardelli’s decree states that he recognized the apparition with “moral certitude, good intention and hope” and after fulfilling the Holy See’s suggested requirements for discernment. He said the decree is “seeking the greater glory of God and the good of our Church.”
Accompanying the bishop’s decree is the presentation of the book “The Spiritual School of Our Lady of the Rosary of San Nicolas.” The book says the most important teachings in the Virgin Mary’s messages are that “she offers us for our adherence to everything He tells us, because He is the culmination of revelation.”
“Finally, and as Our Holy Mother has requested, I implore Heaven in the name of the entire diocese, that she be forever the Queen and Lady of San Nicolas de los Arroyos,” the bishop concluded.
Credit: Myibean via www.shutterstock.com. 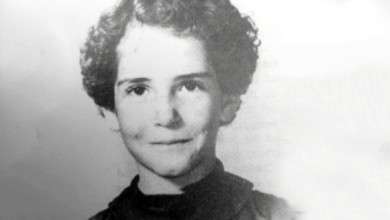