Archaeologists are hard at work to uncover the secrets of ancient tombs across Egypt – but what they just discovered may have great implications.
A 3,800-year-old tomb in Egypt is still spilling secrets as over 120 images adorning millenniums-old buildings near the tomb of pharaoh Senusret II have been discovered.
The ancient carvings depict Egyptian war boats preparing for battle.
Senusret III, also known as Senwosret III, was a great pharaoh of the 12th Dynasty and is often considered the most powerful Egyptian pharaoh of the time.
His name means “Man of Goddess Wosret” and was described as a great warrior.
He was extremely active in the military and secured southern borders, protected trade routes and often mounted successful campaigns against the Nubians.
He killed the men, enslaved the women and children, burned their crops and poisoned their wells to ensure no Nubians would ever hold any power in his region.
His tomb, which is in Abydos, within a Pyramid in Dashur, contains a trove of information, riches and more than one mystery.
In the latest excavation efforts, teams discovered ancient carvings along one wall depicting war boats at sea. The finding was pictured and described in the Journal of Nautical Archaeology.
As a bonus, archaeologists were delighted to discover the remnants of a boat buried in a “specially prepared, subterranean vaulted building.”
Unfortunately, the only surviving pieces are a few planks of wood but the vessel is believed to have been part of a royal fleet.
A unique deposit of pottery vessels was also discovered near the ceremonial burial of the boat, indicating the liquids once held within had a special purpose.
Of the figures etched into the walls, Associate Professor in Egyptology at the University of Pennsylvania, Josef Wegner, explained the largest pictures of the boats are nearly 5-feet-long and reveal “large, well-rendered boats depicted with masts, sails, rigging, deckhouses/cabins, rudders, oars and in some cases rowers.”
Other images, of gazelle, cattle and flowers, would have existed in ancient times but there is no remaining evidence.
The images were viewed briefly by archaeologist Arthur Weigall, who caught a glimpse while excavating the tomb before its roof caved in.
At the time, Weigall wrote: “The roof was barrel shaped, and some of it was still standing until excavated, when it fell in. Upon the whitewashed walls of the burial chamber a number of drawings of boats had been scratched in later times, some of which are interes [buried].”
By Kenya Sinclair 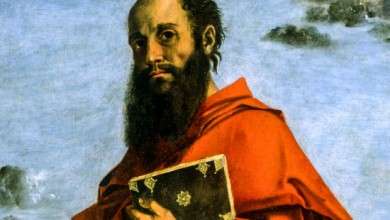 How St. Paul battled with the devil 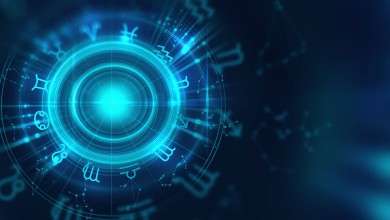