Cesarius relates, that a certain Cistercian monk, who was a devoted servant of our blessed Lady, desired very earnestly a visit from his dear Lady, and was praying her continually to grant him this favor. He went one night into the garden, and while he stood there looking up to heaven, breathing forth to his queen in ardent sighs his desire to see her, a beautiful and radiant virgin descended and said to him:

“Thomas, wouldst thou like to hear me sing?” “Certainly” he answered,

and then she sang so sweetly that it seemed to the devout religious that he was in paradise. Having finished her
song, she disappeared, -leaving him absorbed with an ardent desire to know who it could have been; and, soon after, another extremely beautiful virgin appeared to him, who, like the first, allowed him the pleasure of hearing her sing.

He could not refrain from asking this one who she was, and the virgin answered :

“She whom you saw a little while ago was Catherine, and I am Agnes, both martyrs for Jesus Christ, sent by our Lady to console you. Give thanks to Mary, and prepare for a greater favor”.

Having said this she disappeared but left the religious with a greater hope of finally seeing his queen. Nor was he deceived, for shortly after he saw a great light and felt a new joy flowing into his heart, for in the midst of that light the mother of God appeared to him surrounded by angels, and of a beauty far surpassing that of the other two saints who had appeared to him. She said:

“My dear servant and son, I have been pleased with the devotion which you have offered me, and have graciously heard your prayers: you have desired to see me; look on me, and I will also sing to you.”

Then the most holy Virgin began to sing with so great sweetness, that the devout religious lost his senses, and fell with his face upon the ground. The matin-bell sounded, the monks assembled, and not seeing Thomas, searched for him in his cell and other parts of the convent, and at last going into the garden they found him there, apparently lifeless. The superior commanded him to tell what had befallen him. And coming to himself, by the power of obedience, he related all the favors which the divine mother had bestowed upon him.

From “the Glories of Mary” by St Alphonsus Liguori 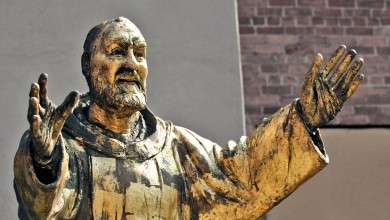 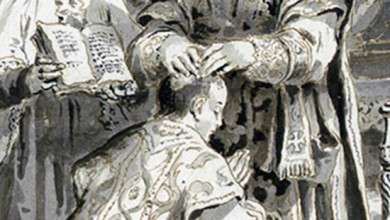 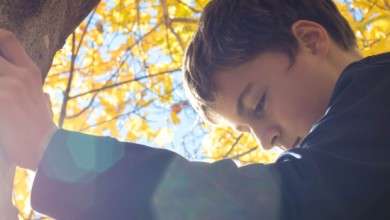 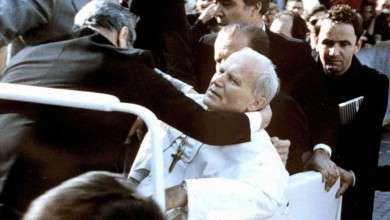