Surprises. Our God is full of surprises. A mentor in my life once told me to expect surprises in life, you are sure to have them. Good or bad, you will experience surprises.
Three weeks prior to the end of 2014 (good riddance, you crazy year, I am so glad you are well into my rearview mirror) I had no clue I would be spending the first weekend of January in southeast Pennsylvania, just outside of Philly, but. God is a God of surprises. A friend asked if I’d like to join him on retreat. A mutual friend of ours is very involved with this retreat near his hometown in PA and extended the invitation. Why not? My soul was craving a retreat. Plus I thought it’d be the best way for a fresh start as I eagerly ushered in a brand new year with a heart full of hope.
As the first night of the retreat kicked off, all the retreatants entered into praise and worship. We were also given the opportunity to go to Confession. I wanted to be emptied of my worldliness and sin in preparation to fully receive all the Lord had in store for me as we began the retreat so I took the chance to receive the sacrament of confession.
Empty self of sin = New life
After Confession I felt an urge to lay prostrate on the floor in front of the Blessed Sacrament on the Altar. I’ve done this before, but not in a crowded room. It was a bit out of my comfort zone and I didn’t want attention drawn to me. I would have preferred to have been in the back of the room where I could hide, but I also know the Lord is calling me to grow out of my insecurities, out of my comfort zone, and to be bold in my walk with Him so I obeyed. I walked up the center aisle between the chairs and found myself near families with young children who were sitting on the floor toward the front of the room. I hesitated a bit as I found myself just behind those on the floor and thought, “this will do, I’m not going any farther,” and I knelt down. I collapsed my body to the ground, face down with my arms and hands stretched out above my head on the floor – my entire being was laid out before the Lord.
I calmed my mind and tried picturing an image of Jesus that I own and cherish, but I struggled to see that particular image of him. Instead, the sweet baby Jesus in the manger (and even in Mary’s arms) continued to pop in my head. Almost immediately upon focusing on the baby Jesus I felt something gently brush the fingertips of my left hand. I thought, perhaps the shoe of someone sitting near me was close to my fingers so I pulled them back an inch or two as I laid on the ground so as not to get stepped on. The next thing I knew the tiny fingers of a child (perhaps 5 or 6 years old) slowly, gently, and tenderly slipped under the palm of my left hand and embraced it.
Instantly I was overcome with emotion. I couldn’t hold back, I just laid there and wept. What was going on with me? Why did this cause me to weep like this? This tiny gesture of love from such a tiny being moved me so deeply. I couldn’t help but sob as my tears puddled on the floor beneath me.
Three thoughts immediately raced through my mind as I tried to process through what was taking place:

I wept and as I did the child stayed with me – her hand ever so tenderly embracing mine. She reached out her other hand, grabbed my right hand, and with all the compassion and utmost concern in the world I heard her soft, little voice quietly say to someone nearby, “she’s sad.” It was as if it was her personal duty to bring me comfort. As she said those words I was even more deeply moved by her love and compassion for a total stranger. I felt Jesus through her. As I wept, she stayed with me. So many thoughts rushing through my mind as I tried to process them.
She stayed and held my hands and let God move through her in order to minister to me. I heard the little girl tell someone who must have been nearby watching (I later learned it was her dad), “I’m going to stay with her until she stops crying.” This evoked more tears and the sweet girl leaned over and kissed the top of my head. I had never experienced anything like this in my life. I had never felt this kind of overwhelming compassion and love from such an unexpected source and at an unexpected time. It was wild to be receiving it from a child I didn’t even know.
Eventually when the moment calmed, I pushed myself off the floor to my knees and got to see the little girl through the tears and streaks of mascara running down my face. She was so precious and I told her so. Kateri was her name, just like Saint Kateri Tekakwitha – who took her name after Saint Catherine of Siena.
My friend later told me when he walked into the room and witnessed what was taking place he caught eyes with the little girl and there was something different about her in that moment. Her eyes commanded his attention and he couldn’t look away. Her eyes seemed to communicate to him she was Christ in that moment as she ministered to me – not knowing what it was I needed, but simply loving me – no judgement, not even any knowledge of who I was. At the end of the retreat as my friend and I revisited conversation about the weekend he told me there was something completely different about Kateri when he observed her praying with me on Friday night than any other time he saw her. In every other moment of the weekend when he passed by her, she was an adorable little girl, but in that moment on Friday night as she clutched my hands and poured out her compassion she was truly acting as Christ and He was dwelling intensely within her.
This is the way God works – He uses each one of us to touch another. We are brothers and sisters in Christ and we can’t be whole until we are all whole together. This is why the attitude of indifference, which is so prevalent in our culture today is so disconcerting. We are whole together or we are broken and disjointed together. We are too interconnected for it to be any other way. Christ gave me a glimpse of this as He showed me His compassion through the touch of a child and just how important I was to her in that very moment. Personally, at that time, I had been in such a place of doubt, feeling forgotten and lonely, but Christ showed me how much He cared for me. He is in the details, in every last detail of our lives. He never abandons us, but often we fill ourselves up with worldliness and it clouds our sight of Him and begins to deflect the graces He so desires to shower upon us.
Since the retreat I had much reflecting and uncovering to do in order to process through all that I had experienced. Why did I encounter this child in this way? Why did it make me so emotional? Why did I long for that touch of a child’s hand so much?
What I found was a lie of unworthiness. I had bought into a lie that I was unworthy. I had felt for many, many years that I was unworthy to become someone’s wife. I had felt unworthy and unfit to be a mother. And so Jesus allowed me the opportunity to begin to go to battle with that lie. He’s given me the sight to see the lie, renounce it in His name, and work through it so I can begin to receive His healing.
Jesus is all around us. We are such broken human beings and most of the time we are way too afraid to open our hearts to fight the battle within and receive His merciful love and healing. I encourage you to tap into whatever might be holding you back. What part of your heart needs cracked open so you can receive healing? Don’t you want to be healed? Don’t you want to be able to fully experience the graces constantly being showered upon you?
Jesus loves you with the blind faith and tenderness of a child and He’s trying to reach you in every way, but He is the ultimate gentleman. You must invite Him into your heart because He won’t force Himself upon you. So what are you waiting for?
By Jackie Stammen 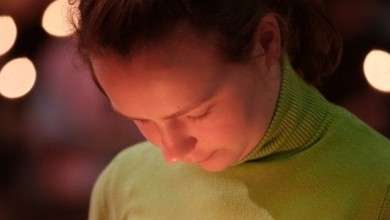 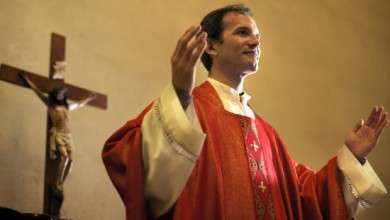 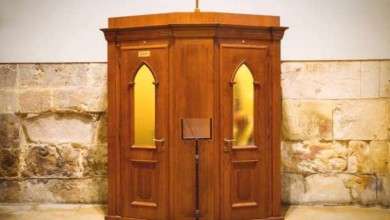 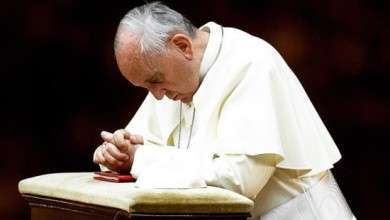 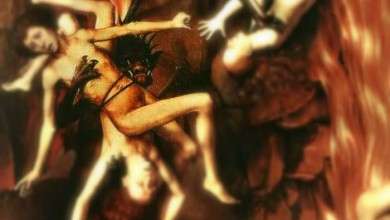