The Apostolic Doctor, Capuchin Franciscan Priest and Doctor of the Church (1559-1619)

Contents hide
1 The Apostolic Doctor, Capuchin Franciscan Priest and Doctor of the Church (1559-1619)
1.1 His life
1.2 For prayer and reflection
2 Prayer

+ Lawrence was born in Brindisi, Italy, and entered the Capuchin Franciscans at the age of sixteen. He quickly developed a reputation as being a gifted scholar.

+ Conversant in several languages, Lawrence considered preaching to be his primary ministry. Because of his gifts as an administrator, he was appointed provincial and served as superior general of the Capuchins from 1602-1605.

+ Lawrence’s surviving writings include many of his sermons, commentaries on Sacred Scripture, and a number of controversial works against Lutheranism. His sermons and treastises on the Blessed Virgin have led some to call him the most influential Marian scholar of his time.

+ Saint Lawrence of Brindisi died in 1619 and was canonized in 1881. Pope Saint John XXIII proclaimed him a Doctor of the Church in 1959, granting him the title Doctor Apostolicus (the “Apostolic Doctor”).

“Saint Lawrence of Brindisi teaches us to love Sacred Scripture, to increase in familiarity with it, to cultivate daily relations of friendship with the Lord in prayer, so that our every action, our every activity, may have its beginning and its fulfilment in him. This is the source from which to draw so that our Christian witness may be luminous and able to lead the people of our time to God.”—Saint Lawrence of Brindisi

O God, who for the glory of your name

and the salvation of souls

bestowed on the Priest Saint Lawrence of Brindisi

a spirit of counsel and fortitude,

grant, we pray, that in the same spirit,

we may know what must be done

and, through his intercession,

bring it to completion.

How to pray with icons: A brief guide 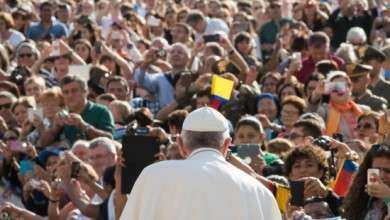 The Devil Hates the Pope. Here’s Why 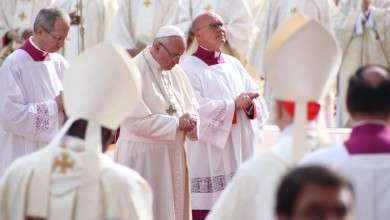 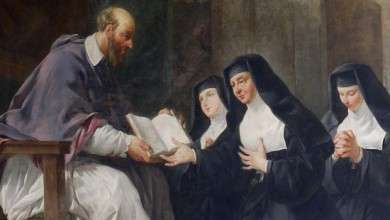 Instead of resolutions, try acts of abandonment