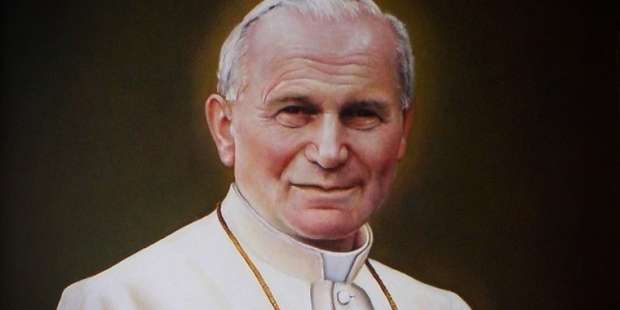 By Raphael BenedictOctober 22, 2020No Comments

+ Karol Wojtyla was born in Poland in 1920. Ordained a priest in 1946, he earned doctorates in theology and philosophy and held the Chair of Ethics at the Catholic University of Lublin.

+ In 1958, he was ordained bishop of Ombi and, in 1963, appointed archbishop of Krakow. As bishop, he took part in the Second Vatican Council.

+ One of the most influential figures of the 20th century, he was a vocal opponent of communism and the “culture of death.”

+ A pastor for the world, he traveled to more than 100 countries during his 26-year pontificate, preaching the universal call to holiness of the Second Vatican Council and calling for a “new evangelization” of the Church.

+ After years of suffering debilitating disease, John Paul II died on April 2, 2005, and was canonized with Pope Saint John XXIII in 2014.

“Revelation and faith teach us not only to meditate in the abstract upon the mystery of God as ‘Father of mercies,’ but also to have recourse to that mercy in the name of Christ and in union with Him. Did not Christ say that our Father, who ‘sees in secret,’ is always waiting for us to have recourse to Him in every need and always waiting for us to study His mystery: the mystery of the Father and His love.”—Pope Saint John Paul II in Dives in Misericordia

O God, who are rich in mercy

and who willed that Saint John Paul the Second

should preside as Pope over your universal Church,

grant, we pray, that instructed by his teaching,

we may open our hearts to the saving grace of Christ,

the sole Redeemer of mankind.