+ Hildegard was educated by the anchoress Blessed Jutta. As other women joined Jutta, a community of nuns developed and the sisters chose to adopt the Rule of St. Benedict as their rule of life. Hildegard officially joined this community when she was 15 years old.

+ At the age of 32, Hildegard began to experience visions and private revelations and, in 1136, she succeeded Jutta as abbess.

+ Encouraged by Blessed Pope Eugene III and Saint Bernard of Clarivaux, Hildegard began to dictate and artistically render her visions, creating what would come to be known as the Scivias.

+ Sometime between 1147 and 1152, she established a new community at Bingen. From this base, she counseled and corrected a number of political and church leaders.

+ Saint Hildegard died in 1179 and is celebrated for her poems, hymns, plays, as well as works on medicine and natural history.

+ In 2012, Pope Benedict XVI proclaimed Hildegard a Doctor of the Church.

“The spiritual life must be tended with great dedication. At first the effort is burdensome because it demands the renunciation of caprices of the pleasures of the flesh and of other such things. But if she lets herself be enthralled by holiness a holy soul will find even contempt for the world sweet and lovable.”—Saint Hildegard of Bingen

September 17 is the commemoration of another Doctor of the Church, the Jesuit cardinal Saint Robert Bellarmine (d. 1621).

O God, by whose grace your servant Hildegard,

kindled with the Fire of your love,

became a burning and shining light in your Church:

Grant that we also may be aflame

with the spirit of love and discipline,

and walk before you as children of light;

through Jesus Christ our Lord,

who lives and reigns with you,

one God, now and for ever.

Santa Claus – Who he really was 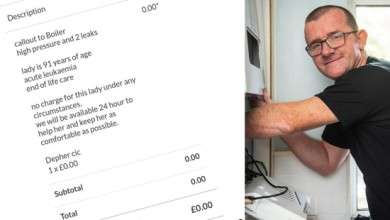 When the plumber is an angel in disguise 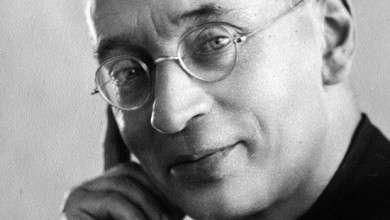 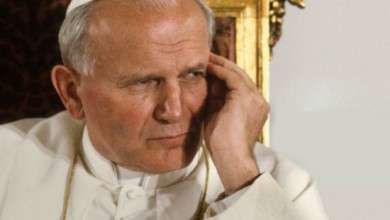