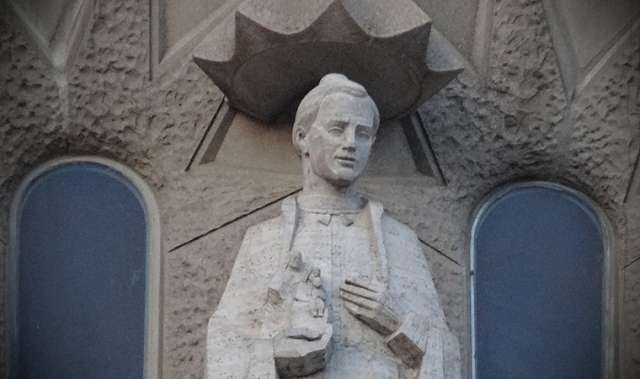 Home » People and History » Life of Saints » AND TODAY WE CELEBRATE… Saint of the Day: St. José Manyanet y Vives

Priest devoted to the Holy Family of Jesus, Mary and Joseph. Priest and Founder (1833-1901)

+ José Manyanet was born in Tremp, Spain, in 1833. The son of peasant farmers, he began seminary studies at the age of twelve and was ordained a priest in 1859.

+ Following his ordination, he spent five years working in his hometown and, later, served in Barcelona. He was a well-known confessor, spiritual director, and catechist.

+ He also published several books and created a new magazine, La Sagrada Familia. José also dreamed of building a temple dedicated to the Holy Family in Barcelona. The great architect Antonio Gaudi (who is himself a candidate for beatification) took on the project—begun in 1883 and still not finished—and which is now throughout the world as the Basilica of Sagrada Familia.

+ In his ministry, it is said that he never turned away a child in need of education and he always made time to visit the poor and the sick.

+ After suffering from poor health for several years, José Manyanet died on December 17, 1901; he was canonized in 2004.

Note: In the privileged days from December 17 to 23, the texts provided for prayer and reflection will be the “O” Antiphons, which are recited during Evening Prayer on each of these days. The closing prayer for each day will be the collect for the Mass of the day.

O Wisdom, O holy Word of God, you govern all creation with your strong yet tender care. Come and show your people the way to salvation.

who willed that your Word should take flesh

in an ever-virgin womb,

look with favor on our prayers,

that your Only Begotten Son,

having taken to himself our humanity,

may be pleased to grant us a share in his divinity.