Patron Saint of Social Missions. Founder of the Congregation of the Missions and the Daughters of Charity (1580-1660)

Contents hide
1 Patron Saint of Social Missions. Founder of the Congregation of the Missions and the Daughters of Charity (1580-1660)
1.1 His life
1.2 For prayer and reflection
1.3 Vocations
2 Prayer

St. Vincent de Paul: “Give me a man of prayer and he will be capable of everything. He may say with the apostle, ‘I can do all things in him who strengthens me.”

+ Born in 1580, Vincent was ordained when he was only twenty-years old and appointed to serve as chaplain of Queen Margaret of Valois. He later became the private chaplain to the powerful Gondi Family.

+ While ministering to peasants on the Gondi estate, Vincent came to understand that God was calling him to serve the poor and most marginalized.

+ Returning to Paris, Monsieur Vincent helped galley slaves, organized charitable confraternities to provide food and clothing for the poor, and founded a new community of priests and brothers dedicated to the missions and formation of the seminarians: the Congregation of the Missions (now more commonly known as the Vincentians). A short time later, aided by Saint Louise de Marillac, he founded the Daughters of Charity.

+ Always gentle, understanding, and aware of the needs of the poor, Vincent de Paul died in 1660. Canonized in 1737, he is honored as the patron saint of social workers.

+ Inspired by the life and mission of Saint Vincent, Blessed Frederic Ozanam established a charitable organization dedicated to the care of the sick and poor. Since 1833 Frederic’s “conference of charity”—the Society of Saint Vincent de Paul—has provided care for countless people in need throughout the world.

“We must love our neighbor as being made in the image of God and as an object of his love.”—Saint Vincent de Paul

To learn about the Congregation of the Missions (the Vincentians), visit:

O God, who for the relief of the poor

and the formation of the clergy

grant, we pray, that, afire with that same spirit,

we may love what he loved

and put into practice what he taught. 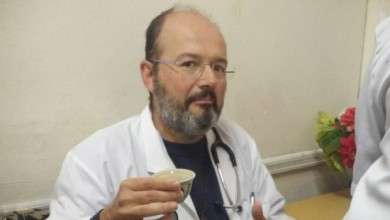 Italian priest becomes a doctor again to help with pandemic 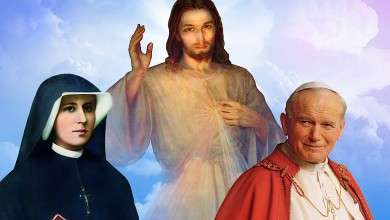 LITANY TO THE DIVINE MERCY