Symbol of Mary, Pillar of Faith

+ Nuestra Señora del Pilar is the name given to an image of the Blessed Virgin Mary honored in the Basilica of Our Lady of the Pillar in Saragossa, Spain.

+ According to medieval traditions, the Apostle Saint James (“the Greater”) was proclaiming the Gospel in Spain, to little effect. As he was feeling dejected and even questioning his mission, he experienced a vision of Mary, the Mother of Jesus. Mary—who was still alive and living in Jerusalem—encouraged him to continue his work.

+ The tradition also claims that the apparition was standing atop a pillar carried by angels. In honor of his vision, Saint James placed an image of the Madonna and Child atop the pillar. This is the pillar which is said to be enshrined in Saragossa today.

+ The oldest account of this tradition dates to the 13th century and the centuries that followed saw special privileges being granted to the shrine in Saragossa.

+ In the 19th century, Blessed Anne Catherine Emmerich recounted the story of the apparition to Saint James in her collection of visions, popularly known as the Life and Passion of Our Lord and Savior Jesus Christ.

+ Pope Clement XII allowed the celebration of the feast of Our Lady of the Pillar to be celebrated throughout the Spanish Empire in 1730.

+ The Blessed Virgin Mary, under her title Nuestra Señora del Pilar, is honored as the patroness of Saragossa, Spain, several places in the Philippines, and of all Hispanic peoples.

+ Our Lady of the Pillar is important in the history and mission of several religious communities, most notably the Marianist Family of brothers, priests, and sisters. These communities were founded by Blessed William Joseph Chaminade who, during a period of political unrest in the years following the French Revolution, lived in Saragossa, Spain, and often visited the shrine of Our Lady of the Pillar.

“Let the thought and the image of Our Lady of the Pillar be a forceful reminder that we walk in the footsteps of St. James and the early Christians of Hispania in following Christ. May she be for us a pillar of faith.”—North American Center for Marian Studies

may the prayers of the Virgin Mary

bring us protection from danger

and freedom from sin

that we may come to the joy of your peace.

(from The Liturgy of the Hours: Common of the Blessed Virgin Mary) 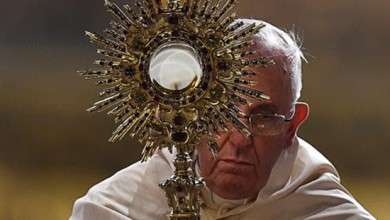 Pope Francis shares 7-word prayer he learned from his grandmother 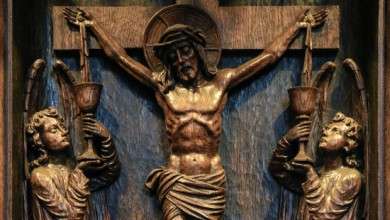 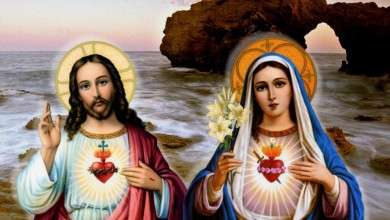 PRAYER FOR THIS MORNING (FRIDAY, OCTOBER 23) 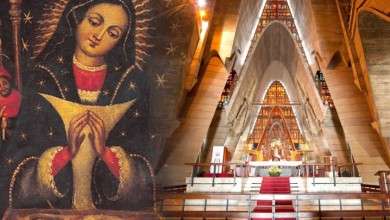 NOVENA TO OUR LADY OF ALTAGRACIA (Our Lady of High Grace)