This is a reminder to depend on our guardian angels!

After a 7-month recovery, 5-year-old Landen Hoffman is walking normally and back in Kindergarten with a smile on his face.According to his GoFundMe page, which was set up after Landen was maliciously thrown by a stranger over 40 feet from a balcony in the Mall of America in Minnesota on April 12th, Landen has made a miraculous recovery and is now spreading a message of hope and survival. [Note: The attacker pleaded guilty to the crime and is now spending 19-years in jail].

“Landen loves life and Jesus!” His mother wrote on a November 22nd update. “He tells people all the time when they get hurt, ‘Don’t worry, I fell off a cliff but angels caught me and Jesus loves me, so I’m okay and you will be too!’”

The news comes from Landen’s GoFundMe page, which has exceeded its goal of 1 million dollars to pay for Landen’s medical expenses incurred from extensive injuries including skull fractures and several broken limbs.

And while Landen’s story is ultimately one of good triumphing over evil, it is also a sober reminder of the darkness that surrounds us.  Landen’s attacker claimed he went to the mall “looking for someone to kill.”  All the more reason to follow Landen’s family’s example of relying on God in prayer.

Prayer to Your Guardian Angel:

Angel of God, my guardian dear, To whom God’s love commits me here, Ever this day, be at my side, To light and guard, Rule and guide. Amen.

“From infancy to death human life is surrounded by their (the angels) watchful care and intercession. Beside each believer stands an angel as protector and shepherd leading him to life. Already here on earth the Christian life shares by faith in the blessed company of angels and men united to God.”  – from the Catechism of the Catholic Church; 336. 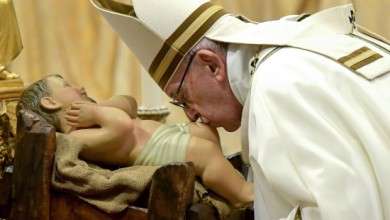 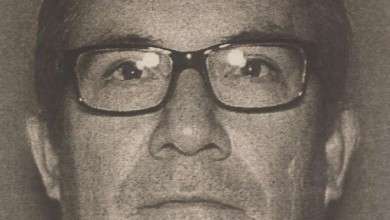 Bizarre details emerge as ‘fake priest’ gets busted in LA

Pope Francis: I am always joyful when I see young priests