The Archbishop of Guadalajara has announced that his diocese is calling off its distribution of a list of missing persons, because of fears of retaliation against family and friends of those who have gone missing in the Mexican state of Jalisco
“The people, because of fear, do not want their names to appear,” Cardinal José Francisco Robles Ortega explained in a statement on the archdiocese’s decision.
Within the past four years, drug cartels and organized crime have led to a massive uptick in violence and kidnappings across Mexico. Catholic priests and laypersons who have spoken out against the cartels’ crimes and activities have faced especially sharp persecution for their opposition to the violence.
In the past three months, the Archdiocese of Guadalajara, the capital of Jalisco, has been asking for names of persons who have disappeared within the region. Originally, these names would be compiled as a list to distribute within the archdiocese, to help find the missing persons and to give to the proper authorities.
However, Cardinal Robles stated that the plan could not be “carried out in its entirety because people are afraid to contribute data,” citing citizen’s distrust of local authorities and the pervasiveness of organized crime. He added, though, that in some areas, such as in the city of Tala, Church authorities have received over 40 names of missing persons, which have been read at Masses in Jalisco. The cardinal further elaborated that some parishes in the archdiocese have also been continuing the search for missing persons as a pastoral initiative.
The Mexican non-profit “For Love to All,” which advocates for missing persons in Mexico, has stated that more than 3,000 persons have gone missing in the state of Jalisco in 2016 alone.
Roberto López Lara, Secretary General of Jalisco, has said that while he respects the cardinal’s decision, he disagrees with it. He noted that the state is the only one in the country with the inter-departmental resources to supervise investigations of disappeared persons, and stressed that the issue was a priority for the government.

Seeing Pope Francis as shock therapy for the Catholic Church 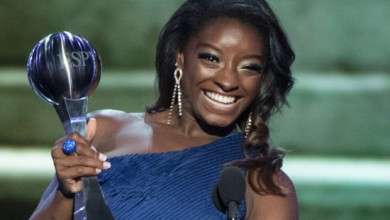