The blind Bartimaeus knew exactly what he wanted and was not afraid to ask God for it. Are we too focused on our daily concerns to see?

Bartimaeus recognized the footsteps that stopped at the side of the road next to where he sat.

“I’m not sure that I do,” Nathan responded, dropping a coin in Bartimaeus’s collection cup, “but Jesus is an impressive teacher. We ought to give him an appropriate send-off.”

Two women strolled up and stood right in front of Bartimaeus. “Even if I weren’t blind, I wouldn’t be able to see a thing,” Bartimaeus thought to himself. He was not sure who the women were, but the tinkling of their jewelry and the faint smell of soap suggested that they were well off. “Good morning, ladies,” Bartimaeus offered cheerfully. They ignored him.

Soon the anticipated crowd came streaming down the road. Bartimaeus figured that Jesus would be near the front of the line. “Jesus, Son of David, have pity on me!” Bartimaeus shouted.

He felt Nathan’s hand on his shoulder. “Quiet, Bartimaeus,” Nathan whispered, “This isn’t the time.”

“When, exactly, would be the time?” Bartimaeus wondered. “Jesus, Son of David, have pity on me!” he shouted again.

The women in front of him told him to “hush up” and then stepped to the side so that they would not be associated with the unruly rabble. Jesus was still ten meters away, but heard Bartimaeus loud and clear and called him over.

“Well, you got his attention,” Nathan conceded. “Get up! He wants to see you.”

Bartimaeus sprang to his feet and hurried toward the voices up the road, leaving his collection cup and blankets behind. As he approached, Jesus asked him what he wanted. Without a moment’s hesitation, Bartimaeus said, “I want to see.”

Bartimaeus knew exactly what he wanted and was not afraid to ask God for it. Some of us do not know what we want or need. We charge through life without much reflection, focused on an ever-growing list of tasks, activities and concerns. There could be a gaping hole in our life and we would never notice. Many contemporaries of Bartimaeus had perfectly good eyesight, but were blind to how God might help them.

Bartimaeus was willing to look like a fool to ask Jesus for what he wanted. He opened himself up to ridicule and rejection. He was more than willing to take the risk on the chance that God would grant his request. The respectable, well-dressed people of Jericho who wanted to keep Bartimaeus in his place were not going to stand in his way.

Another remarkable thing about Bartimaeus is that he left everything behind and became a follower of Jesus. His worldly possessions consisted of a couple of blankets and a cup full of coins, so he relinquished those without too much difficulty. He was not trapped by his belongings like the rich man whom Jesus encountered a few days earlier. Even so, leaving behind his friends and the familiar surroundings of Jericho was not easy for Bartimaeus to do. He also risked scorn and danger by joining Jesus’ company. Jesus was heading toward Jerusalem. The Sanhedrin was not likely to give Jesus and his followers a warm welcome.

Jesus invites all of us to be his followers. In most cases this does not require leaving friends and family behind or abandoning all worldly possessions. But following Jesus will probably entail letting go of something. It might also require that we risk looking foolish or naïve. Bartimaeus reminds us that following Jesus is a marvelous opportunity that is worth whatever price we have to pay.

Does God know if i will go to heaven or hell? 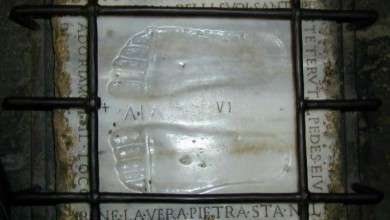