Ten years have passed since the death of the Pope John Paul II yet the works of his hands can still be felt and seen on bishops who debate to uphold the true doctrines and teaching of the Catholic Church at the on-going synod meeting sheduled to end on Sunday 25th of October.
The saint during his days as the Pope upheld strongly the true faith of the Church. But it has been ten years now and the society have changed a lot due to culture and societal differences which have pressed a lot of demands on the faith of Catholics; these espcially are the cases of marriage difficulties that many Bishops have reported at the Synod suffered by catholics their regions due to these societal changes. On of such which is giving Holy Communion to the divorced or remarried Catholics. These have been a major topic for debate in at the Synod so far. But the majority of the bishops have refused to adopt that into the doctrines of the Catholic Church as it will go against the faith of the Church, having their opinions rooted on the teachings of Pope John Paul II.

Archbishop Mieczyslaw Mokrzycki of Lviv who was Pope John Paul II’s Secretary at an interview with CAN agency testified that Bishops at the Synod are seriously standing on the teachings of the Saint (Pope John Paul II). He said, “The teaching of the magisterium of the Church and of John Paul II is always current. Of course society has changed a bit, because culture changes, circumstances change. Also during this synod the bishops have brought different problems and family difficulties. Some wanted to be a little bit “progressive” and offer Communion to the divorced-and-remarried, but many bishops have recalled the great teaching of Pope John Paul II and Pope Benedict XVI which they expressed clearly, that it would be against the doctrine of the Church, against the sacrament of the Eucharist, the sacrament of Penance, against grace. Certainly the teaching of John Paul II was perhaps very demanding, but real. If we want our faith to have value, we must bear some sort of difficulty, because only then are we faithful to the teaching of Jesus Christ.” 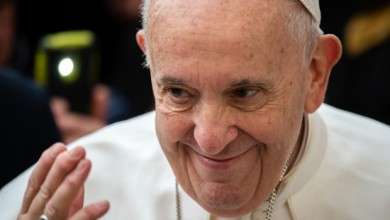 For those who annoy us: Pope Francis with 5 key phrases from this week