The BBC’s internal watchdog has found that a programme wrongly accused the Catholic Church of “silence” about the Holocaust.
After Pope Francis’s visit to Auschwitz in July, BBC One’s 6pm news bulletin carried a report which stated: “Silence was the response of the Catholic Church when Nazi Germany demonised Jewish people and then attempted to eradicate Jews from Europe.”
In response, the cross-bench peer Lord Alton of Liverpool and Fr Leo Chamberlain, the former headmaster of Ampleforth, made an official complaint.
Nearly six months later, the BBC’s editorial complaints unit has nowconcluded that the item was unfair. According to the unit, the BBC reporter “did not give due weight to public statements by successive popes or the efforts made on the instructions of Pius XII to rescue Jews from Nazi persecution, and perpetuated a view which is at odds with the balance of evidence.”
Pope Pius XII, who was the pontiff during World War II, has been accused of silent acquiescence to the Holocaust, most famously by a 1999 book, Hitler’s Pope, which sparked a major controversy among historians. Its author, John Cornwell, has since backed down on some of his claims.
In a blog post criticising the BBC report, Lord Alton pointed out that several historians had praised Pius’s achievements in the fight against Nazism. The peer quoted Pinchas Lapide, a Jewish historian and Israeli diplomat, as saying that Pius XII “was instrumental in saving at least 700,000, but probably as many as 860,000 Jews from certain death at Nazi hands.”
Through its diplomatic network, the Holy See under Pius XII helped Jews to travel safely out of Eastern Europe. It also issued baptismal certificates to Hungarian Jews to help them escape. Thousands of Jews were also sheltered in the Vatican itself.
Lord Alton quoted the Jewish Chronicle’s praise of Pius (“Such actions will always be remembered”) and Albert Einstein’s remark in 1940 that “only the Church stood squarely across the path of Hitler’s campaign for suppressing the truth … I am forced thus to confess that what I once despised I now praise unreservedly.”
Lord Alton also drew attention to the many Catholics, both clerical and lay, who opposed Hitler – from Bishop Clemens von Galen of Münster, who openly denounced the Nazis’ euthanasia programme, to Franz Jägerstätter, an Austrian farmer executed for refusing to fight in the Wehrmacht. Both have been beatified.
After this week’s ruling, Lord Alton told the Catholic Herald: “The BBC is right to recognise that the libel that Catholics said and did nothing against Nazism is precisely that, a collective libel. I am grateful to them for doing so.”
He added that the notion the Church had remained silent was “a canard that is either repeated through sheer ignorance or because the facts don’t fit the story.”
Lord Alton also noted the “irony” that part of the report had come from St Maximilian Kolbe’s cell at Auschwitz. St Maximilian, who died after taking the place of another prisoner, “had been arrested for publishing a denunciation of the Nazis in his magazine, Knight, which had a circulation of around one million people. Hardly silence, then.”
Lord Alton called for “a new BBC documentary that examines the evidence and corrects the distorted caricatures and lazily regurgitated half-truths and untruths.”
The BBC’s editorial complaints unit said that the news team responsible for the report had been notified, “so that any future coverage might reflect historical understanding more closely.” 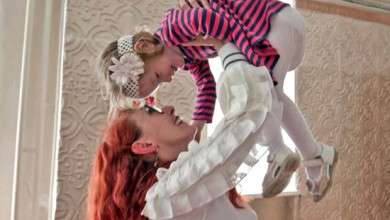 Kaine and Pence clash over abortion in vice presidential debate