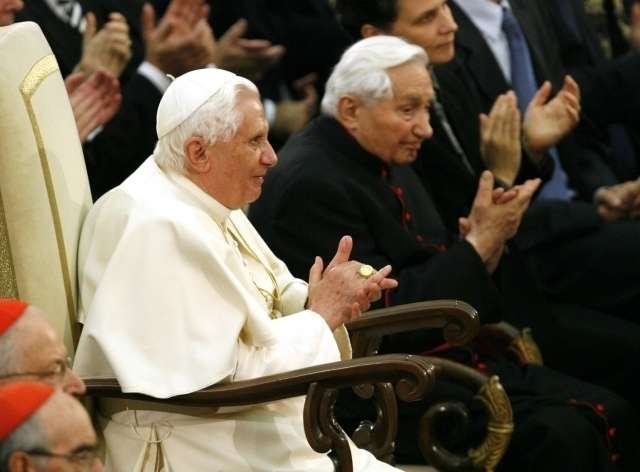 In an interview with the Sunday edition of the German daily newspaper Bild am Sonntag, the dean of the collegiate church of St. John in Regensburg (Germany), Johannes Hofmann, stated that Pope Emeritus Benedict XVI has renounced the inheritance of his brother, Fr. Georg Ratzinger, according to a report by katholisch.de on November 1. As Fr. Ratzinger’s will stipulates, his inheritance will revert to the Holy See.

The Pope Emeritus’ brother died on July 1 of this year.

The legacy of Georg Ratzinger consists mainly of the musician’s compositions, the scores of the Regensburg Domspatzen (the boys’ choir of St. Peter’s Cathedral in Regensburg, Bavaria,conducted by Fr. Georg Ratzinger), a small personal library, and family photos.

According to an anonymous relative of Benedict XVI quoted in the German newspaper, the Pope Emeritus “will certainly still hold on to one or two things to remember him by,” but keeps most of them “in his heart,” no longer wishing to “accumulate material things.”

Choirmaster from 1964 to 1994, Georg Ratzinger died in Regensburg (Germany) on July 1 at the age of 96. He spent the last months of his life in a residence belonging to the Collegiate Church of St. John.

In mid-June, the Pope Emeritus visited his older brother as his health had deteriorated. Georg Ratzinger was the last close family member of the former Bishop of Rome.

Read more:
Benedict XVI thanks all those who offered condolences at death of his brother

Read more:
Brother of Benedict XVI passes away in Regensburg at age 96