In newly-surfaced letters from Benedict XVI, the pope emeritus has defended his abdication, and warned that continued anger at his decision risked undermining the papal office. The private correspondence, excerpts from which were carried in a German newspaper, was reportedly addressed to Cardinal Walter Brandmüller.

According to the letters, Benedict said he understood “the deep-seated pain” the end of his papacy caused the cardinal and others. At the same time, the pope emeritus wrote, he recognized that for some people the pain had “turned into an anger that no longer merely concerns my resignation, but increasingly also my person and my papacy as a whole.”

German newspaper Bild carried the excerpts in a story published Sept. 20. The letters were originally sent in November, 2017.

Bild did not name the recipient but referred to him only as “a German cardinal” who had made critical comments about Benedict’s resignation in an interview. On the same day, The New York Times reported that it had received a copy of the two letters in their entirety from Bild, and named Cardinal Brandmüller as the recipient.

Addressing the ongoing dissatisfaction some individuals had with both his resignation and his subsequent life as “pope emeritus” – a title not previously used – Benedict cautioned that these sentiments were undermining the effectiveness of the petrine ministry.

“In this way the pontificate itself is being devalued and conflated with the sadness about the situation of the Church today,” he wrote.

According to Bild, Benedict defended his decision, writing that if the cardinal knew “a better way” for him to have acted, “and therefore think that you can judge the one chosen by me, please tell me.”

In an interview with a German newspaper in October of last year, Brandmüller expressed dismay over the idea of a “pope emeritus,” which he said, “does not exist in the entire history of the Church.”

“The fact that a pope comes along and topples a 2,000-year-old tradition bowled over not just us cardinals,” he said.

The two private letters from Benedict have been reported to be a response to these comments. In the first, sent Nov. 9, 2017, Benedict wrote “you said that with ‘pope emeritus,’ I had created a figure that had not existed in the whole history of the Church. You know very well, of course, that popes have abdicated, albeit very rarely. What were they afterward? Pope emeritus? Or what else?”

Benedict wrote that, unlike Pius XII’s situation, “it would certainly have not been sensible” for him to return to being a cardinal as he would have been “constantly exposed to the media as a cardinal is – even more so because people would have seen in me the former pope.”

The pope emeritus added that “whether on purpose or not, this could have had difficult consequences, especially in the context of the current situation.”

Benedict explained that he was concerned with avoiding the impression that there were two popes, with his comments being sought on the ministry and decisions of his eventual successor.

“With ‘pope emeritus,’ I tried to create a situation in which I am absolutely not accessible to the media and in which it is completely clear that there is only one pope.”

In the second letter, dated Nov. 23, 2017, Benedict wrote that he was concerned by the conclusion of Cardinal Brandmüller’s interview with Frankfurter Allgemeine Zeitung, given the previous month. The pope emeritus said that it could promote the sort of agitation which had inspired “the Abdication,” a book by Fabrizio Grasso which argued that having emeritus popes could destroy papal authority.

Cardinal Brandmüller is one of four cardinals to have submitted five formal questions or “dubia” to Pope Francis, asking the pope to clarify some points of Church teaching in the wake of differing interpretations of Amoris laetitia, Francis’ 2016 post-synodal apostolic exhortation.

The letters from Benedict were reported by Bild two years and one day after the dubia were sent. 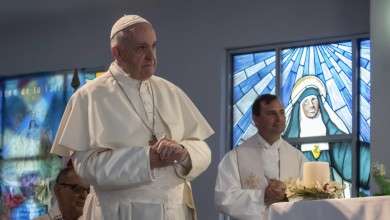 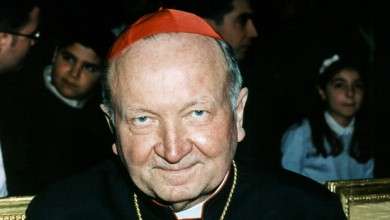