Certain media had reported that his health was serious, but Gänswein assures he’s a healthy 93-year-old

In an interview last week with the Italian magazine Oggi, the personal secretary of Pope Emeritus Benedict XVI said that the pontiff continues to be healthy, albeit with the weaknesses expected from a man of 93 years of age.

“Regarding his health, it was fake news,” Archbishop Georg Gänswein said in regard to various outlets that had reported a downturn in the pope emeritus’ health.

Benedict XVI is in the condition of a person who is 93 years old. He has physical frailties, and a very weak voice, but his mind is lucid. Every day he concelebrates Mass, he prays, he still receives some visits, he reads, studies, listens to music, and manages his correspondence. Certainly, at a calm pace. He rests more often because his strength has diminished, but he’s good-humored and serene.

To use an image from automobiles: he’s gone from third gear to first gear. In any case, after a pause of nearly three months, he’s gone back to taking his walks with the help of a walker in the Vatican Gardens, when the weather allows it.

And he has recovered from the tiredness of his trip to Germany, where he was last June to visit his brother Georg, who then passed away, and from herpes zoster, the virus that was causing him severe pain and which struck him at the beginning of his trip to Regensburg. 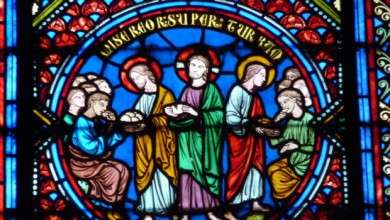 The Hidden Meaning of the Loaves and Fishes