A theologian at St Mary’s University, Twickenham, is to translate Benedict XVI’s new autobiography.
Dr Jacob Phillips is programme director of the MA in Theology at St Mary’s University, Twickenham. He also teaches on Fundamental Theology at Allen Hall Seminary, London, and has taught at King’s College London, where he earned his PhD, and at other London universities.
A convert to the Faith – he was accepted into the Church in 2008 – he worships at St Etheldreda’s, Holborn, London.
Benedict XVI’s book, to be entitled Last Testament, is based on interviews with German journalist Peter Seewald.
“It is a great honour to be contributing to the dissemination of this book to the English-speaking world,” Dr Phillips told the Catholic Herald. “I do feel somewhat awestruck at times to be engaging with a text which is so important and so new – and therefore in such close proximity to the Pope Emeritus himself. I just hope and pray that I can do justice to the eloquence of his speech and his forthright honesty.”
Dr Phillips’s doctorate was on the Protestant theologian Dietrich Bonhoeffer, “which meant reading lots of German texts from the period of Ratzinger’s own intellectual formation, ie 1930s-40s,” he said.
“I also had the privilege of spending time at the Eberhard Karls University in Tübingen for my doctoral research. It was great to be at an institution so important for Pope Benedict’s life, as he was Professor of Systematic Theology there for some years, and of course it allowed me to hone my German language skills.”
According to the book’s publisher, Bloomsbury, the retired pope addresses the controversies of his papacy in the book, “and reveals how at his late age, governing and reforming the papacy and particularly the Vatican, was beyond him”.
The book begins with Benedict recalling his childhood in Germany under Hitler, then goes on to cover his early life as a priest and eventually his appointment as Archbishop of Munich.
“After becoming Pope, his account deals with the controversies that rocked the Catholic world – how he enraged the Muslim world with his Regensburg speech, what he did and did not do to stamp out the clerical sexual abuse of children, the Vatileaks scandal and more,” the publisher’s press release adds.
Last Testament follows the same format as two previous book-length interviews with Peter Seewald, Light of the World and Salt of the Earth.
Last month an Italian newspaper revealed that Benedict kept a diary throughout his papacy, but plans to destroy it even though he realises it would be “a golden opportunity” for historians.
Last Testament will be published by Bloomsbury in Britain and the US in November. 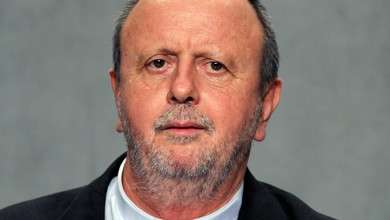 'Zombie Catholics' appear in France – How will the Church respond?