More than 40 Christians, including a bishop and a priest, were killed in an attack on a Catholic cathedral and nearby refugee camp in the Central African Republic.Guerrillas on November 15 attacked the Cathedral of Alindao and an adjoining compound where a camp for people displaced by previous violence had been established, America reported. “The death toll is expected to rise as U.N. forces sift through the remains of the camp, which witnesses report was completely razed,” the magazine said.

“We have counted 42 bodies so far, but we are still searching for others,” Etienne Godenaha, an Alindao legislator, told Reuters two days after the attack. “The camp has been burned to the ground and people fled into the bush and to other [internally displaced persons] camps in the city.”

Among the dead was Bishop Blaise Mada, vicar general of the diocese of Alindao, and Fr. Celestine Ngoumbango, the parish priest of the village of Mingala. According to witnesses, Bishop Mada was shot during an assault on the bishop’s residence where he had taken refuge with others attempting to escape the gunmen. The charred remains of Father Ngoumbango were discovered the day after the attack, America reported.

Many displaced persons were burned alive inside their tents during the attack, sources in Alindao, a city about 180 miles east of the capital Bangui, told Vatican News. Gruesome images of charred corpses were circulated on the internet.

“With sorrow I learned of the massacre that took place two days ago in a camp for displaced people in the Central African Republic, in which two priests were also killed,” Pope Francis said to crowds gathered in St. Peter’s Square for the Angelus Prayer on Sunday. “Let us pray for the dead and for the wounded, and let us pray that the violence will cease in that beloved country that is in great need of peace.”

Pope Francis visited the CAR during his trip to Africa in 2015, and urged the country’s leaders to work for peace and reconciliation.

The Central African Republic has been enduring turmoil since 2012, when mainly Muslim Seleka rebels ousted President Francois Bozizé and seized power through a campaign of violence and terror. In late 2013, Christian and animist militias known as anti-balaka began to organize counterattacks, and both the Seleka and anti-balaka are implicated in widespread atrocities against civilians, according to Human Rights Watch.

Many Catholic churches in the country provide refuge to Muslims and Christians fleeing violence, Catholic News Agency noted. In the Diocese of Bangassou, about 140 miles to the east of Alindao, several Catholic institutions have taken in displaced Muslims who face violence at the hand of anti-balaka:

Anti-balaka killed more than 100 Muslims in Bangassou in May 2017 before United Nations peacekeepers intervened, and since then the city’s Petit Seminaire Saint Louis has been home to about 1,600 displaced Muslims. Another 2,000 Muslims have taken refuge at St. Peter Claver Cathedral in Bangassou.

“Since the breakdown of the central government, Christian and Muslim militia have engaged for years in tit-for-tat communal violence” in the country, America said.

Survivors of last week’s massacre believe the attack was orchestrated by former Seleka rebels of the U.P.C., Unité pour la Paix en Centrafrique, a militia commanded by General Ali Darassa, a leader of the Peul ethnic group, according to America. “The Peul (known as Fulani in other African nations) are primarily pastoralists that have long been in conflict with Christian villagers in C.A.R. The attack on the cathedral was in apparent retaliation for the killing of Muslims the previous day by the Anti-balaka,” the magazine said.

The International Criminal Court has also stepped in, and on Saturday the ICC took its first suspect into custody in an investigation of serious crimes committed since 2012. Alfred Yékatom, an anti-balaka leader who has been charged with crimes committed between December 2013 and August 2014 in Bangui, the country’s capital, and other locations in the Central African Republic, was taken into custody. In 2016, Yékatom, known as “Rombhot,” was elected to parliament representing Mbaiki.

Yékatom is charged by the ICC with crimes against humanity, including murder, deportation, imprisonment, torture, persecution, enforced disappearance, and other inhumane acts. He is also charged with war crimes including murder, torture and cruel treatment, mutilation, intentional attacks against the civilian population, forcible recruitment of children, and displacement of the civilian population.

Aboard papal plane, Francis defends his teaching on social issues 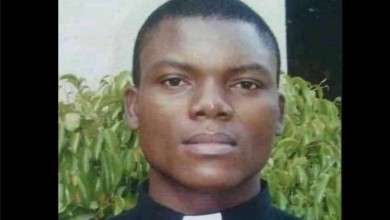