Texas Bishop Michael Olson is shutting down rumors that he has validated Marian apparitions in the diocese of Fort Worth.

In a statement on Thursday, the diocese said that “recent claims made on websites and in social media have indicated that alleged apparitions and messages of the Blessed Virgin Mary, under a title of ‘Mystical Rose – Our Lady of Argyle,’ have been authenticated by Bishop Michael Olson and the Diocese of Fort Worth. This is not true.”

“These claims of apparitions and messages are not verified or endorsed by the Church, and in no way are claims true that the Mystical Rose is a ministry of the Diocese of Fort Worth or of St. Mark Parish,” the statement continued.

St. Mark Catholic Church in Argyle, Texas is the initial location of the alleged apparitions.

According to a website launched by the alleged visionary, the apparitions began in 2017 with messages from the Virgin Mary regarding the sanctity of human life. Since then, the visionary claims to have received apparitions from numerous saints, angels, and even Jesus Christ.

While the diocesan statement makes clear that there are many approved apparitions throughout Church history, it stresses that the recent Texas claims have not been authenticated.

“One should assess claims of apparitions or of messages and miracles with prudence, always presuming the good will of anyone making such a claim, but with due regard for the integrity of the Catholic faith,” the statement cautions.

“While from time to time apparitions do occur (Lourdes, Fatima, Tepeyac), the age of revelation ended with the death of the last apostle and all true apparitions are simply an appeal to obey the command of Christ: Repent and believe in the Gospel,” it continues.

“Bishop Olson does not encourage anyone to offer credence or support for these claimed apparitions,” the statement concludes.

While over 1,500 visions of Mary have been reported around the world, fewer than 20 cases have received official Vatican approval over the last century.

When it comes to validating alleged visions there are the Vatican’s 1978 guidelines. “Norms regarding the manner of proceedings in the discernment of presumed apparitions or revelations,” detail that the local bishop must first set-up a commission of experts to review the claims before making a determination.

Following the study, the local bishop has the authority to deem the apparitions credible. However, if he is unable to make a clear determination, the apparitions must then be studied by the particular country’s bishops’ conference. Should the local bishops’ conference not be able to reach a determination, the case must go to Rome for further review.

While the original guidelines were published in Latin, in 2012, Cardinal William Levada, then-prefect of the Congregation for the Doctrine of Faith (CDF), authorized their translation into the common vernacular, primarily as a result of the ongoing controversies related to Medjugore, a popular pilgrim site where over three decades ago the Virgin Mary allegedly appeared to young children and where some claim to receive daily messages from her to this day.

In 2017, when asked about the revelations to Medjugorje, Pope Francis expressed doubts regarding the ongoing nature of those appearances.

“I prefer the Virgin Mary as a mother, our mother, not as head of a post office that sends a message every day at a specific time,” he said, adding that she does not say “Come tomorrow at this time, and I will give a message to those people.”

However, in 2018 Francis named Archbishop Henryk Hoser as apostolic visitor to the shrine, and this year the pontiff decided to allow official pilgrimages to Medjugorje.

The first such event happened this month and included Archbishop Rino Fisichella, president of the Pontifical Council for New Evangelization, and Cardinal Angelo De Donatis, the papal vicar of the Diocese of Rome.

Blood of St Januarius liquefies once again in Naples Cathedral 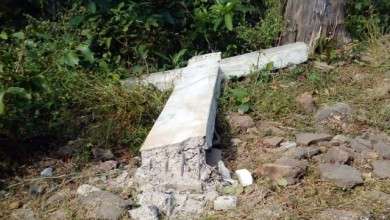