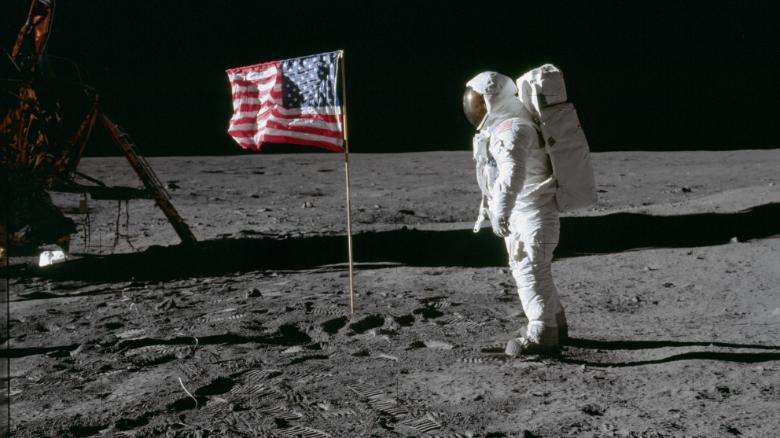 Home » Articles » Bishop of the Moon, this obscure rule puts a bishop in charge.

It might sound strange, but in addition to encompassing nine counties and hundreds of cities, the Diocese of Orlando, Florida also has jurisdiction over an otherworldly object: the Moon. Why might you ask? The answer involves an obscure rule from 1917 and the Apollo 11 space mission.

On June 18th, 1968 the Roman Catholic Diocese of Orlando, Florida was established. It would encompass much of the greater central Florida area, along with Cape Canaveral (We’ll get back to that later). William Donald Borders was ordained the first Bishop of Orlando. One year later, Bishop Borders would also become the first Bishop of the Moon.

The Apollo 11 space mission began with the launch from Cape Canaveral on July 16, 1969. The mission fulfilled the national goal proposed by President John F. Kennedy in 1961 of “landing a man on the Moon and returning him safely to the Earth, before this decade is out.” However, when Apollo 11 made its famous flight from Cape Canaveral to ultimately fulfill that goal, they inadvertently made Bishop Borders the first Bishop of the Moon thanks to an obscure rule from the 1917 Code of Canon Law in effect at the time.

In 1969 following the Apollo 11 launch, Bishop Borders made an ad limina visit to the Vatican for an audience with Pope Blessed Paul VI. During their meeting, Bishop Borders nonchalantly observed: “You know, Holy Father, I am the bishop of the Moon.” Paul VI was perplexed at his declaration, until Borders explained to Paul VI that under the 1917 Code of Canon law, he was the de facto ordinary of a “newly discovered territory.”

The obscure rule stated that any newly discovered territory falls under the bishopric where the discovering expedition had departed, or more aptly, launched. The Apollo 11 mission launched from Cape Canaveral, which is under the jurisdiction of the Diocese of Orlando, thus installing Borders as the first Bishop of the Moon.

If Borders claim was true, his diocese would encompass over fourteen and half million square miles. Father John Giel, chancellor for Canonical Affairs for the Diocese of Orlando, says that ultimately jurisdiction in the Code of Canon Law “means nothing if there is no one to have jurisdiction over.”

“Since we have yet to find any life on the moon. The story only emphasizes Bishop Border’s good and humorous nature that allowed him to be such a good first bishop for central Florida.”