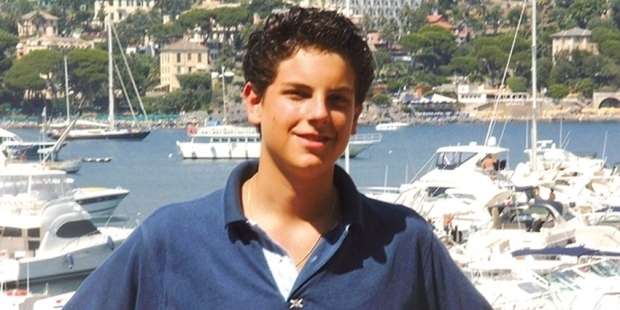 Here’s the story behind the medical marvel that revealed the young saint’s intercession.

The healing of a boy in a family from Campo Grande, a city in southern Brazil, is the miracle that paved the way for the recent beatification of Blessed Carlo Acutis. The newspaper O Correio Braziliense published the story of Matheus Vianna, who is now 10 years old. According to the report, doctors had given him a dire prognosis when he was just three years old. After coming into contact with a relic of Acutis, however, the boy was cured.

When Matheus was two years-old, doctors diagnosed him with annular pancreas, a rare congenital disease. One of the symptoms was frequent vomiting, as the disorder leads to the pancreas constricting the duodenum and prevents food from leaving the stomach. Consequently, he was restricted to a liquid diet, which made him underweight and small for his age. By the time he was three, doctors concluded that the boy needed surgery, but because he was so underweight, they feared he would not survive.

Asking for a miracle

Guided by Fr. Marcelo Tenorio, who was working for the cause of Acutis’ beatification, Matheus’ mother began to pray fervently to the young Servant of God for the cure of her son. It seemed that only a miracle could save the little boy.

Despair turned to hope when she learned that the priest had brought to Brazil a piece of cloth from Acutis’ clothes. On October 12, 2010, the boy’s grandfather took him for a blessing with the relic. The child touched the cloth and asked to “stop throwing up.”

According to the family, after that day, Matheus was able to eat solid food and never vomited again. The doctors then did tests and found that he was cured of the disease. After the due investigation, the miracle was approved, and the announcement that Carlo Acutis’ cause would advance was made on February 22, 2020.

Who is Carlo Acutis

Carlo Acutis was born to Italian parents on May 3, 1991, in London (England), where his family was living for work reasons. They moved to Milan, Italy, just months later, and that’s where he grew up.

He made his First Holy Communion at the age of seven, and from then on he did his best to attend Mass every day. He also prayed the Rosary and taught other children how to pray it as well.

At the same time, Acutis developed his computer skills. The adults who knew him considered him a genius. When he was just 14, he created virtual exhibits on themes of faith, such as Eucharistic miracles around the world.

The remains of the new Blessed, sometimes called the “Cyber Apostle of the Eucharist,” are in the Shrine of the Spoliation in Assisi. Here St. Francis of Assisi left everything to follow the Lord. Before dying, Blessed Carlo expressed his desire to be buried there.

If you’d like to learn more about this holy young man, read these 10 inspiring quotes from Blessed Carlo Acutis.