Mother Pauline of the Agonizing Heart of Jesus was born in Italy but found her vocation serving in Latin America.

She was born on December 16, 1865, in the town of Vigolo Vattaro, which was in northern Italy. At the time, this was part of the Austro-Hungarian Empire. Her father, Antonio Visintainer, and her mom, Anna Pianezzer, named her Amabile Lucia. Like most of the people in the area, Amabile’s parents, despite being quite poor, were also devout Catholics.When Amabile was 10 years old, her family joined with some other families, and a total of about 100 people emigrated to the State of Santa Catarina (St. Catherine) located in Brazil. They settled in an area, naming it Vigolo, the same name as the town they had left. Their new life was about to begin.

Even as a young child, Amabile displayed a pious and charitable nature that made people notice. She often spoke of serving God, and after receiving her First Holy Communion at the age of 12, she became part of her parish by attending catechism class, visiting the sick, and cleaning the chapel. Amabile was never given the opportunity for an upper-level education. Still, her love of her faith and the poor and homeless fully compensated for the book learning she had not received.
On July 12, 1890, things took a dramatic change for Amabile. She and her dear friend, Virginia Rosa Nicolodi, began caring for a woman suffering from cancer. Their spiritual director, a Jesuit priest by the name of Luigi Rossi, asked them if they wanted to commit their lives to religious service, dedicating their lives to the Immaculate Conception of Our Lady. It was also about this time in Amabile’s life that frequent thirst and increased urination became an interference in her daily life. Diabetes had reared its ugly head.

Father Rossi, through donations, helped them acquire a small house, and they moved the woman in. The cared for her until her passing, and then another woman, Teresa Anna Maule, joined them as the third member of their tiny group. It was at this point that they founded the Congregation of the Little Sisters of the Immaculate Conception. With the blessing and approval of Most Reverend Jose de Camargo Barros, Bishop of Curitiba, they began their work.

During this time, the symptoms of diabetes became more bothersome for Sister Pauline. The frequent trips to urinate, the ever-present thirst, and unexpected weight loss were all evidence of an illness few knew anything about. (Insulin would not be discovered until 1921. The first insulin injection was given to a 14-year-old boy in Canada, on January 11, 1922.)
In December of that year, Amabile and her two friends, Virginia and Teresa, professed religious vows. Amabile took the name  Sister Pauline of the Agonizing Heart of Jesus. Her title became Mother Pauline after she was named Superior General of the Order.

The holiness of life and apostolic zeal of Mother Pauline and her Sister companions attracted many vocations, despite the poverty and the difficulties in which they lived. In 1903, Mother Pauline was elected Superior General “for life.” She left Nova Trento to take care of the orphans, the children of former slaves, and the old and abandoned slaves in the district of Ipiranga of Saõ Paulo.

On May 19, 1933, Mother Pauline was granted the title of  Venerable Mother Foundress and received a Decree of Praise from the Holy See. Her health was continually evaporating, and by 1940, she had lost her middle finger and then her right arm. She spent the last year of her life blind and died on July 9, 1942, at the age of 76. Her last words were, “God’s will be done.”

Mother Pauline was canonized a saint by Pope St. John Paul II in Vatican City on May 19, 2002. So far she is considered only the “unoffical” patroness of diabetics, but some expect an official declaration of the patronage will come soon.

St. Pauline of the Agonizing Heart of Jesus, please pray for us.

Asking Forgiveness Is a Big Part of the Mass 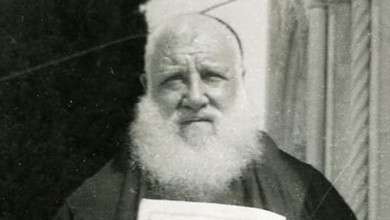 Was this bilocating priest caught on camera at Padre Pio’s funeral? 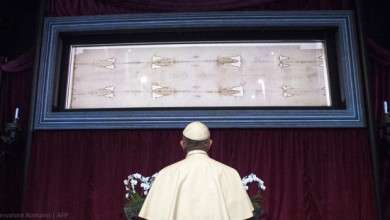 Watch the live-streaming of the Holy Shroud of Turin here