Cardinal Cormac Murphy-O’Connor has intervened in the Brexit debate, saying that he hopes Britain stays in the EU.
In an article for tomorrow’s edition of the Spectator, the cardinal writes: “I wish Britain to remain a part of the European community and cooperate … to build a union that is greater than the sum of its parts”.
Cardinal Murphy-O’Connor, who was Archbishop of Westminster from 2000 to 2009, argues that although the EU needs “reform and renewal”, Brexit would “make renewal even more difficult”.
The cardinal says the national debate on the EU has overlooked “the more profound issues of our time” and has been overly dominated by economic concerns. “Those campaigning for Britain to stay in the EU need to show that the challenges facing the UK and our European partners are better faced together than apart, and they need to explain why this is the case.”
Cardinal Murphy-O’Connor’s endorsement of Remain comes after Cardinal Nichols, his successor s Archbishop of Westminster, saying that that a vote to leave would “create more complex problems”.
In the Spectator article, Cardinal Murphy-O’Connor notes that Catholic will disagree about the referendum. He points to “concerns about recent developments in the EU, such as the official removal of the reference to the continent’s Christian history from the European Constitution a few years ago.”
But he says Popes Benedict and Francis have made the case for renewing the EU through a return to the spiritual and moral values which motivated the EU’s founding fathers.
Cardinal Murphy-O’Connor quotes Pope Benedict, who as Cardinal Ratzinger wrote of the founding fathers’ desire for “a European identity that would not dissolve or deny the national identities, but rather unite them at a higher level of unity into one community of peoples”.
The cardinal writes: “The Catholic Church has always encouraged relationships between nations that draw them together rather than divide them.
“It is for this reason that the Church has always been broadly supportive of the European Union, though with reservations.”
The cardinal said in December: “I really hope the majority of UK citizens will vote to stay in the EU, and I think the majority of Catholics will do that”. But during the official campaigning period, he had previously avoided making a public endorsement of Remain.
Cardinal Murphy-O’Connor says his time in Italy, and working with other European bishops, had given him a sense of “how they feel about the need for wider European unity and cooperation”. The cardinal served in Rome as a member of the Congregation of Bishops during the pontificate of Benedict XVI.
The Council of European Bishops’ Conferences (CCEE), which held a meeting with Pope Francis this week, did not make a direct statement on Brexit. But the Council’s vice-president, Cardinal Angelo Bagnasco, said that the referendum was a reminder of widespread “unease” and should encourage European institutions to think about how to respect the cultures of EU member states. 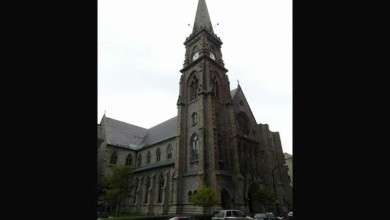 Second Buffalo whistleblower says he was abused as seminarian

Do not be fooled by ‘doctors of law’ who limit God’s love, says Pope Francis

Forgive others and find peace, Pope urges faithful in Assisi