Advertisement
One of the most passionately held beliefs among atheists and agnostics is that they can be morally good without belief in God. The underlying assumption is that God is not relevant to morality. But is this true? Can one be good without acknowledging God’s existence?
The good atheist
The Catholic Church teaches that unbelievers can live a life of relative virtue without believing in God—that is to say, they can know the behaviors that respect the goods of human nature and living accordingly. For example, an atheist can know that killing an innocent human being violates the intrinsic right to life. An atheist can also know that lying to a person violates the intrinsic right to know the truth.
These precepts, among others, make up what is known in the Catholic tradition as the natural moral law—a law built into the nature of man and knowable by the natural light of human reason. Charles Rice, American legal scholar and Catholic apologist, defined the natural law as

a set of manufacturer’s directions written into our nature so that we can discover through reason how we ought to act (50 Questions on the Natural Law, Kindle Location 218).

St. Paul describes this law in his letter to the Romans when he reflects on the Gentiles’ ability to know God’s law without having the benefit of Judeo-Christian revelation:

Because this law is accessible by the natural light of human reason, both atheists and agnostics can know this law and live accordingly without acknowledging God’s existence.
God and moral obligation
This does not mean God is irrelevant to morality. Besides God’s grace being necessary to live the moral law perfectly and merit heaven (Rom. 8:1-8; John 15:5), God is necessary for the law to be morally binding.
In an atheistic worldview there can be no ultimate foundation for the moral obligation to live in accord with human nature. If not God, then who has the authority to say, “One must act this way. and if you don’t then you are a morally bad person”? As Thomas Merton writes,

In the name of whom or what do you ask me to behave? Why should I go to the inconvenience of denying myself the satisfactions I desire in the name of some standard that exists only in your imagination? (The Ascent to Truth, 112).

Merton recognizes that, without God, moral precepts, including the idea that we should respect the goods of human nature, are simply personal moral codes—mere tastes or opinions that are not objective and binding on all people. Such moral preferences would be no more binding than one’s preference for chocolate over vanilla ice cream. Thank God, because I prefer vanilla!
Francis Beckwith and Gregory Koukl, in their book Relativism: Feet Firmly Planted in Mid-Air, describe the unreasonableness of the moral atheist’s position:

A moral atheist like someone sitting down to dinner who doesn’t believe in farmers, ranchers, fishermen, or cooks. She believes the food just appears, with no explanation and no sufficient cause. This is silly. Either her meal is an illusion or someone provided it. In the same way, if morals really exist . . . then some cause adequate to explain the effect must account for them. God is the most reasonable solution (169).

Beckwith and Koukl understand that denying God’s existence results in an insufficient explanation for moral obligation. How can the moral law be binding if there is no moral lawgiver behind it that surpasses human authority? The answer is that it cannot.
There are many atheists and agnostics whom we theists could look to and lock arms with in the pursuit of a just and peaceful society. However, only the theist would be consistent in saying that just and peaceful behaviors are morally obligatory. One can get away with personal moral codes without God, but not moral obligation.
Written By: Karlo Broussard 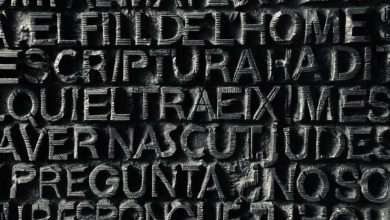 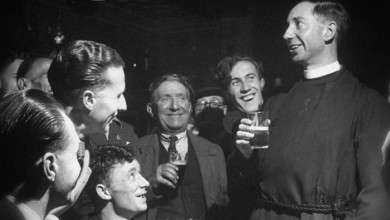 From Nuttiness, Deliver Us, O Lord!