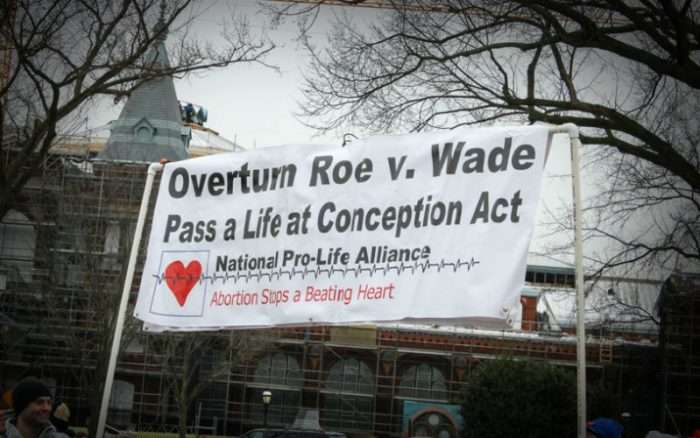 Catholic Home » Q&A » Can Catholics Ever Vote for Pro-Abortion Politicians? Here’s What You Need to Know

This question comes up at every election. Can Catholics ever vote for a politician who is pro-abortion?

First, let’s get this clear: abortion is intrinsically evil, which means it’s always wrong. No one, especially Catholics, can ever morally obtain, perform, or support an abortion.

But when it comes to politics, things can be messy. It’s almost never the case that there is a candidate we agree with completely. Politics is all about compromise and the “art of the possible.”

What if a politician supports abortion, but also supports a lot of good things? Or what if no major politician in an election is pro-life – should Catholics vote for the candidates based on other criteria?

Cardinal Joseph Ratzinger (the future Pope Benedict XVI), while he was head of the Congregation for the Doctrine of Faith, addressed this question directly in a letter he wrote to a fellow cardinal.

And here’s what he said:

“A Catholic would be guilty of formal cooperation in evil, and so unworthy to present himself for Holy Communion, if he were to deliberately vote for a candidate precisely because of the candidate’s permissive stand on abortion and/or euthanasia. When a Catholic does not share a candidate’s stand in favour of abortion and/or euthanasia, but votes for that candidate for other reasons, it is considered remote material cooperation, which can be permitted in the presence of proportionate reasons.”

Here’s what this means: Catholics must oppose abortion, not simply morally but also politically; but a Catholic may vote for a pro-abortion politician as long as

(1) the Catholic does not support the politician’s pro-abortion position, and

(2) the Catholic has “proportionate reasons” for supporting the politician despite his pro-abortion position.

In other words, a Catholic cannot be “personally opposed but support legal abortion,” and if a Catholic ever does vote for a pro-abortion politician, he better have reasons good enough to justify it.

The “proportionate reasons” is important, particularly since abortion is such a grave evil on such a wide scale, with millions of victims.

It’s important to note that this reasoning applies to all moral issues in politics, not just abortion.