Contrary to a refrain from ‘Les Miserables,’ nobody loves the landlord, but even non-Catholics have a soft spot for Joseph-the-realtor.

There is one thing I won’t ask St. Joseph to do. Well, two things; the second momentarily.
But the first thing, I won’t ask him to bless my carpentry. He knows it wouldn’t do any good. If he’s ever looked over my shoulder, he has it figured out.
I was the kid who cut his finger on the bandsaw in Mr. Schnable’s eighth-grade arts and crafts class. Mr. Schnable – I can’t speak for St. Joseph — was decidedly disappointed.
Things never got better. I yet carry a six-stitch scar from teaching tool safety to my #2 son. There were mitigating factors. It was a right-handed tool and I am left-handed. All the power tools ever made were made for right-handed people. Klutz, after all, is only one letter longer than Left.
The second thing I will not ask St. Joseph to do is sell my house. I didn’t even know that this was a thing until I asked a better Catholic than me which saint might be the patron of landlords, me being one at the time. St. Joseph the carpenter, possibly, I was told.
Looking it up to be sure, no, and as far as I can find landlords do not have a patron saint. I would like to hear otherwise, if anyone knows, but I mean, even coin collectors get a patron saint (St. Eligius, a 7th-century goldsmith who became a revered priest and bishop), but for landlords, there’s no one. Contrary to a refrain from Les Miserables, nobody loves the landlord.
I became a landlord by accident. We had lived in our house 12 years. I had never lived in a house longer, except where I grew up. When it came time sell, the housing collapse was still raging. In our immediate neighborhood, homes in bankruptcy had thoroughly depressed the market and we wouldn’t even recover enough to pay the remaining mortgage. So it became a rental, four years. Now, market recovered, it is time to sell.
This is where St. Joseph is said to help. What you do is, get a St. Joseph statue, bury it on the property, say a series of prayers over nine days, and sit back as the potential buyers overrun the place. When the house is sold, retrieve St. Joseph and give him a place of honor in your new home. So far, things sound harmlessly quaint.
Then it gets complicated. Where you bury the statue and how is important, but unclear. Front yard or back yard or under the For Sale sign? Do you bury the statue standing upright or bury the statue upside down (the theory being an upside down St. Joseph will “work” harder at getting out of the ground and into the new home), or flat, pointed to the street so he will entice passersby?
To facilitate this odd use of Saint Joseph, there are kits sold by Catholic supply houses but I also found one at an Episcopal Bookstore, which struck me as strange.
In fact, the whole thing seems unutterably superstitious, like magical thinking, a ritual to bend the universe (and buyers) to one’s desires, no different, really, than a metaphysical spell for realty shamans.
There are, to be sure, plenty of testimonials from people – even realtors – who buried a statue. It “works,” they assert. You would expect to hear those, if the house sells with a St. Joseph statue buried somewhere on the grounds.
Except we never hear from the other sort, a home listing 145 days out, still without prospects, even with St. Joseph buried – whichever way that is — in the proper fashion.
But there are other metaphysical tap roots. There’s a Wiccan spell and other “spiritual” helps, including Native American smudging and a Laughing Buddha secreted in the house somewhere, just for home sellers. Those approaches, too, have testimonials from very satisfied practitioners.
Should St. Joseph be reduced to a magic-like talisman? “Credulity,” a friend quotes, “is no Christian virtue.”
What’s a Christian to do, then? What anybody ought to do. Clean the house up; repair, replace, paint, and make it as attractive as possible, and fix things the way you would want them fixed were you the one buying it. Do a complete disclosure, no fudging, and maybe point out any quirks (every house has them) just to avoid surprises (like don’t run microwave and dishwasher together; you’ll trip a breaker). Leave a note for the new owners with a prayer that the house they bought from you may become for them a true home.
Last, maybe first, give thanks to God in prayer for the home it was, for the family you raised, and the neighbors you knew. Then, next time at mass, listen carefully for Pope Francis’s addition to Eucharistic Prayers II, III, and IV. You’ll hear St. Joseph’s name, patron of happy homes who, said Francis, “demonstrates the ordinary and simple virtues necessary for men to be good and genuine followers of Christ.” 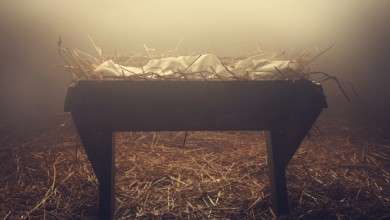 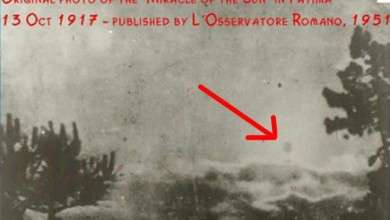 Is This a Photo of Fatima’s “Miracle of the Sun”? The Truth Behind the Popular Photo