Normally, Michael would go to confession. But because of the coronavirus pandemic, he can’t. It simply isn’t available. What can Michael do?

Despite some creative efforts by priests to continue to offer the confessions during the pandemic, country-wide lockdowns and stay-at-home orders mean that Catholics around the world are finding it difficult to seek God’s forgiveness in the confessional.

So when Catholics like Michael can’t seek God’s mercy in confession, the Church teaches that it is possible to repent in another way: through an “act of perfect contrition.”

But what is an act of perfect contrition?

Father Pius Pietrzyk, OP, chair of pastoral studies at St. Patrick’s Seminary in Menlo Park, California, told CNA that “perfect contrition” is sorrow for one’s sins based upon love for God, which includes the firm resolution not to commit them any more.

When contrition arises from “a love by which God is loved above all else, contrition is called ‘perfect,’” the Catechism of the Catholic Church teaches.

The catechism explains that perfect contrition “remits venial sins; it also obtains forgiveness of mortal sins if it includes the firm resolution to have recourse to sacramental confession as soon as possible.”

Imperfect contrition, also known as attrition— sorrow for one’s sins based upon fear of the punishment of Hell— is sufficient for a priest to absolve you in the confessional, but not enough to obtain the forgiveness of mortal sin without sacramental confession to a priest, the catechism explains.

So, how is an act of perfect contrition done?

Practically, there are two things a Catholic must do.

The first is to pray an act of contrition “out of love for God,” Father Pietrzyk said.

Being sorry out of love for God has often been described as having a desire to be reunited to God because of who he is– because of God’s perfect love for us, and because of sorrow for having offended God by sin. It means wanting to live in unity with God, and to put aside the sins that stand in the way.

There is no set formula for making an act of contrition, but a common one reads as follows: “My God, I am sorry for my sins with all my heart. In choosing to do wrong and failing to do good, I have sinned against You, whom I should love above all things. I firmly intend, with Your help, to do penance, to sin no more, and to avoid whatever leads me to sin.”

Second, a Catholic must make a firm commitment to go to confession when that becomes possible.

Father Pietrzyk explained that an act of perfect contrition is not a replacement for the sacrament of penance— far from it.

“Even perfect contrition is never separated from the sacrament, at least in intention…if one makes a perfect act of contrition, it’s not ‘Oh, I don’t have to go to confession any more.’ Quite the opposite,” Father Pietrzyk said.

The sacrament of penance remains the sole, ordinary means for the forgiveness of mortal sins after baptism, Father Pietrzyk said. Contrition is about conversion, he said, which means turning away from attachment to sin, and turning toward the sacraments.

Pope Francis last week encouraged Catholics confined to their homes to ask God for forgiveness and then to go to confession when they are able.

“You do what the Catechism says. It is very clear: if you do not find a priest to hear your confession, speak to God, he is your father, and tell him the truth…Promise him: ‘Later I will confess, but forgive me now.’ And immediately you will return to the grace of God,” Pope Francis said.

The Priesthood of the Roman Catholic Church 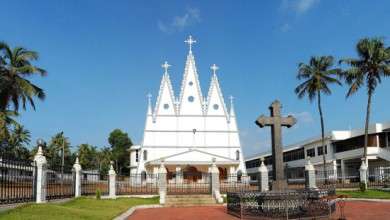