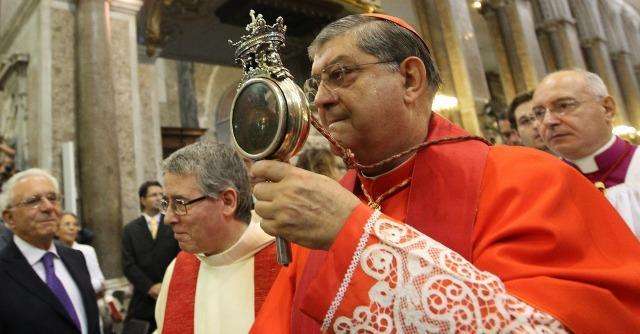 He has celebrated the miracle of the liquefaction of the blood of St. Januarius, an early martyr, many times over the years.

But this year, something caused Sepe to “blanch” and sit down during the Sept. 19 celebration of the miracle, Italian news agency ANSA reported.

While he refused to leave the altar, Sepe felt too faint to carry the phials of blood outside to show the crowds who had gathered in anticipation of the miracle, which typically occurs three times a year.

It is unknown what caused Sepe to feel ill during the celebration, though ANSA reported that it was “perhaps because of the heat.”

The blood did liquefy during the celebration, according to ANSA.

St. Januarius, or San Gennaro in Italian, is patron of Naples was a bishop of the city in the third century, whose bones and blood are preserved in the cathedral as relics. He is believed to have been martyred during Diocletian persecution.