Adverts by Catholics for Choice are deceptive and extreme, says Cardinal Dolan

Adverts appearing around America “calling for taxpayer funding of abortion in the name of the Catholic faith” are “deceptive,” “extreme” and promote “abortion as if it were a social good”, said New York Cardinal Timothy Dolan.
The abortion advocacy organisation Catholics for Choice placed full-page ads this week in the print editions of more than 20 local and national publications, including Politico, the Nation, the Chicago Sun-Times, the Philadelphia Inquirer, the Dallas Morning News and La Opinion.
The group “is not affiliated with the Catholic Church in any way”, said Cardinal Dolan in a statement as the chairman of the US bishops’ Committee on Pro-Life Activities. “It has no membership, and clearly does not speak for the faithful. It is funded by powerful private foundations to promote abortion as a method of population control.”
Years ago the US bishops said the group, formerly called Catholics for a Free Choice, had “no affiliation, formal or otherwise, with the Catholic Church.”
“As the US Catholic bishops have stated for many years,” Cardinal Dolan said, “the use of the name ‘Catholic’ as a platform to promote the taking of innocent human life is offensive not only to Catholics, but to all who expect honesty and forthrightness in public discourse.”
“The organisation rejects and distorts Catholic social teaching – and actually attacks its foundation,” he continued. “As Pope Francis said this summer to leaders in Poland, ‘Life must always be welcomed and protected … from conception to natural death. All of us are called to respect life and care for it.”
Catholics for Choice said in a press release that its “Abortion in Good Faith” campaign was a years-long effort to overturn the federal Hyde Amendment, which bars the use of federal funds for virtually all Medicaid abortions.
Cardinal Dolan said the group’s “extreme ads promote abortion as if it were a social good. But abortion kills the most defenceless among us, harms women, and tears at the heart of families.”
“Pushing for public funding would force all taxpaying Americans to be complicit in the violence of abortion and an industry that puts profit above the well-being of women and children,” he said, adding that the abortion group is pitting “the needs of pregnant women against those of their unborn children.”
“This is a false choice. Catholics and all people of goodwill are called to love them both,” Cardinal Dolan said. “Consider supporting local pregnancy help centres, which do incredible work caring for mothers and children alike in a manner consistent with true social justice and mercy.”
In Minnesota, where Catholics for Choice placed one of its ads in the Minneapolis Star Tribune, the state’s largest daily newspaper, the state Catholic conference said the campaign, “woefully misrepresents the noble Catholic social justice tradition.”
The campaign, by Catholics for Choice, “disregards the need to defend vulnerable human life in all its stages – a principle at the core of authentic social justice,” said the statement by the Minnesota Catholic Conference, the public policy arm of the state’s bishops.
The ad in the Star Tribune quoted Heather Hirsch, a cancer researcher and a mother from the Twin Cities suburb of Cottage Grove: “I believe in my Catholic faith and I have faith in others to make the right choices for themselves.”
Others featured in the ad campaign are Lauren Barbato, a graduate student and writer from Newark, New Jersey; Kathy Ryg, a former Illinois state legislator, mother of four and grandmother of eight from Vernon Hills, Illinois; John Noble, a student and community organiser from Des Moines, Iowa; and Gloria Romero Roses, a business owner, mother and former congressional candidate from Southwest Ranches, Florida.
In its statement, the Minnesota Catholic Conference said: “If there is a desire to help a woman in need who is facing an unplanned pregnancy, the solution as a society is to get her the resources and support she needs to care for her child – not help her dispose of it.”
The conference added: “The ad itself makes no effort to ground its claims in any authoritative source of the Catholic faith, which is rooted in the life and teachings of Jesus Christ and is proclaimed by the Church. It fails to do so because the actual teachings of the Catholic faith embrace a consistent ethic of life from conception to natural death, and categorically condemn abortion as an act of violence against the most innocent and defenceless among us.”
It also suggested Catholics respond to the ad by giving support to one of the state’s pregnancy resource centres, which “care for both mothers and children in a manner consistent with true social justice.”
In other reaction, pro-life lawyer Helen Alvare, co-founder of Women Speak for Themselves, said she “has decades of experience” with Catholics for Choice’s “attempts to be provocative in order to attract free media.”
The group is “therefore often seen in the media, yet [is] not much of a factor in the pro-life debate on the ground,” she said in an email to Catholic News Service.
“They have no members and no grassroots work. Unlike the Catholic Church and other pro-life activists,” she added, Catholics for Choice “provides no help for pregnant women or post-aborted women or children.” 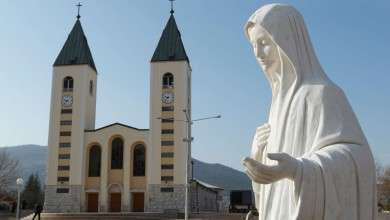