As thousands of Catholics descended upon Philadelphia to hear talks about family and faith, Boston Cardinal Sean O’Malley had a message for them: Don’t be a party pooper.
“Beauty and joy are the most powerful tools that we have to evangelize,” Cardinal O’Malley said during a September 25 keynote address at the World Meeting of Families in Philadelphia.
“So together we want to dream of a world where the beauty of family life attracts people to make a gift of themselves in marriage, to build a domestic church that will continue to build a civilization of love.”
The cardinal spoke at the World Meeting of Families, an international gathering designed to encourage and strengthen families across the globe. Pope Francis will celebrate the final Mass at the Sept. 22-27 gathering, which has as its theme, “Love is Our Mission: The Family Fully Alive.”
The meeting also includes presentations, testimonies, music, and other events. The final keynote address was delivered by Cardinal O’Malley and well-known evangelical pastor and author Rick Warren.

“Joy-filled families are based on the love of God,” Warren said, adding that we only have love because we are made in the image of God, who is love.
The pastor also described joy-filled families as being filled with purpose, focused on becoming like Christ, and ultimately fulfilling God’s mission for them.
In his remarks, Cardinal O’Malley stressed the call to be missionary disciples.
The fundamental decision to love is born from an encounter with the living God, who first loved us, he said. In this encounter, we can see the world through God’s eyes and recognize what is truly beautiful and important in life.
Our response to that encounter is how we live out discipleship, the cardinal said.
“Pope Francis makes it clear that our call to discipleship is a call to be missionary disciples. We’re faithful to our mission as Christ’s family only by inviting others to be a part of that mission, by helping families to become what they are.”
Family is critical to achieving this goal, Cardinal O’Malley said. “In God’s plan, the family is the school of love where we learn to make a gift of ourselves.”
He emphasized that “marriage in God’s plan is the sanctuary of love” and “families are missionaries – they pass on the faith to new generations.”

“The parents not only communicate the Gospel to their children, but from their children they can receive the same Gospel, deeply lived by them. Such a family becomes an evangelizer of many families.”
Those families that live out this mission “change the course of history,” Cardinal O’Malley said. “They open the door that allows God’s light to enter the world and their witness helps us to be open to life.”
If the family does its job properly, it transforms crowds into communities, the cardinal said. A crowd is simply a collection of people drawn by circumstances or common interest, but generally disinterested in one another’s well-being, he elaborated, while a community cares about the other members.
He pointed to the Gospel story in which the crowd prevented a paralyzed man from getting close to Jesus, but his community of friends brought him to Christ by lowering him through a roof.
“The crowd always pushes away. Community draws people closer to Christ.”
“We inhabit the new mission territories of the Church. We need to find a way to bring the Gospel to the contemporary world,” Cardinal O’Malley said. “Our task is to change the crowd into a community. That’s what evangelization is about, and it must begin with our families.”
Source: http://www.catholicnewsagency.com/news/cardinal-omalley-to-families-want-to-evangelize-youd-better-have-these-two-qualities-88701/

Post-Synod Conclusions of Pope Francis to be released 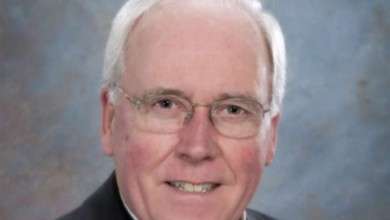