High Court in Australia says “significant possibility an innocent person has been convicted.”

In a unanimous decision, the highest court in Australia has overturned a sexual-abuse conviction against Cardinal George Pell, immediately freeing him from prison.Pell, 78, was the highest Catholic Church official ever found guilty of abusing children. He was sentenced last March to six years in prison. Until the month before, he had served at the Vatican as prefect of the Secretariat for the Economy.

The charges involved alleged sexual abuse against two choirboys at St. Patrick’s Cathedral in Melbourne years ago, when Pell was archbishop there. He has steadfastly denied the charges, brought five years ago by a man in his 30s. In a 2016 police interview, Pell called the charges a “product of fantasy.”

The High Court on Tuesday said that for all five charges against Pell, there were many improbabilities that had not been fully considered by the jury in the trial that convicted him. There is “a significant possibility that an innocent person has been convicted,” the justices, led by Chief Justice Susan Kiefel, wrote. The ruling was 7-0.

Cardinal Pell released a statement on Tuesday morning, saying he has “consistently maintained my innocence while suffering from a serious injustice.”

“This has been remedied today with the High Court’s unanimous decision,” he said.

The cardinal said he holds no ill will toward his accuser and does not want his acquittal to “add to the hurt and bitterness so many feel.”

“However my trial was not a referendum on the Catholic Church; nor a referendum on how Church authorities in Australia dealt with the crime of pedophilia in the Church,” he continued. “The point was whether I had committed these awful crimes, and I did not.”

He expressed thanks for “all the prayers and thousands of letters of support” he received while awaiting trial and serving just over a year in prison. Reportedly, he was in solitary confinement due to his age, poor health and for his own safety as a then convicted child sex offender.

Archbishop Mark Coleridge, writing on behalf of the Australian Catholic Bishops’ Conference, of which his is president, issued a statement saying, “We recognize that the High Court’s decision will be devastating” for some, an apparent reference to victims of sexual abuse. “The result today does not change the Church’s unwavering commitment to child safety and to a just and compassionate response to survivors and victims of child sexual abuse.”

In Tuesday’s ruling, the High Court allowed Pell to appeal the decision of the Court of Appeal of the Supreme Court of Victoria. “The High Court found that the jury, acting rationally on the whole of the evidence, ought to have entertained a doubt as to the applicant’s guilt with respect to each of the offenses for which he was convicted, and ordered that the convictions be quashed and that verdicts of acquittal be entered in their place,” the decision read.

The incidents were alleged to have occurred in and near the priests’ sacristy at St. Patrick’s Cathedral in East Melbourne, following the celebration of Sunday Mass in 1996. Pell was alleged to be still vested when he allegedly forced himself upon the 13-year-old boys. But he would regularly greet congregants on or near the cathedral steps after Sunday Mass. He would  always be accompanied when robed in the cathedral. And there would be continuous traffic in and out of the priests’ sacristy for ten to 15 minutes after the conclusion of the procession that ended Sunday Mass, when the abuse is alleged to have taken place. 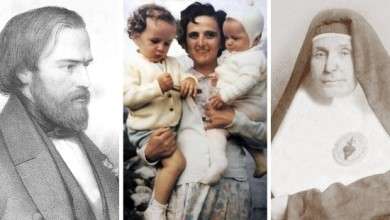 How will Pope Francis celebrate his 80th birthday this year?

The international community must protect the dignity of migrants, says Vatican official