The charity provides a daily meal in school to more than 1.1 million children in 12 countries

Mary’s Meals has been given the Queen’s Award for Voluntary Service, Britain’s highest award for charitable activities which is known as ‘the MBE for voluntary groups’.
The charity, which was founded in 2002, provides a daily meal in school to more than 1.1 million children in 12 countries across the world. It describes its goals as combating hunger and helping children to receive an education.
The school feeding programmes are implemented by volunteers from within the local communities  – often parents of the pupils – who are trained by Mary’s Meals to cook and serve meals to schoolchildren.
In the UK, the Mary’s Meals movement is supported by thousands of volunteers working in roles as various as charity shop assistants, promotional speakers, and social media ambassadors.
Mary’s Meals is one of 193 recipient of the Queen’s Award this year. Alan Brown, executive director of the charity, said: “We are very honoured to receive the Queen’s Award for Voluntary Service. It is fantastic that the achievements of our many wonderful UK volunteers are being officially recognised through this award. We are so grateful to every volunteer who has supported Mary’s Meals’ incredible mission. Their compassion, dedication and hard work is helping us to reach the next child waiting for Mary’s Meals.”
He added: “From our 65,000 volunteers in Malawi who get up at the break of dawn to prepare, cook and serve vital meals to hungry children to the thousands of generous people across the UK who give up their time to support our work, volunteers are at the heart of everything we do.” 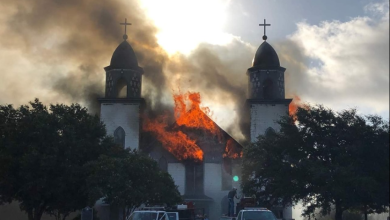