Tens of thousands of hardline Muslims marched on Friday on the centre of the Indonesian capital to demand the arrest of its minority-Christian governor for alleged blasphemy.
Fearing violence, police put on a show of force supported by soldiers and public order officers, while embassies and some shops closed and Jakarta’s normally traffic-clogged streets were nearly empty of cars.
The predominantly male demonstrators, most wearing white shirts and skull caps, massed at the Istiqlal mosque for the protest following weekly Friday prayers and marched on the nearby presidential palace. Large protests also took place in other cities including Medan on Sumatra, Makassar in Sulawesi and Malang in East Java.
Associated Press reporters witnessed members of an Islamic student group throwing plastic water bottles and other objects at riot police, but generally the massive demonstration appeared to have gone off without major incident.
The accusation of blasphemy against Jakarta Governor Basuki “Ahok” Tjahaja Purnama, an ethnic Chinese and minority Christian who is an ally of the country’s president, has galvanised his political opponents in the Muslim-majority nation of 250 million, and given a notorious group of hardliners a national stage.
The Islamic Defenders Front, a vigilante group that wants to impose Shariah law, is demanding Ahok’s arrest after a video circulated online in which he joked to an audience about a passage in the Koran that could be interpreted as prohibiting Muslims from accepting non-Muslims as leaders. The governor has apologised for the comment and met with police.
“We are here because we want to defend the verses of God that have been abused by Ahok,” said Nasrullah Achmad, who came from Bekasi, a Jakarta satellite city, with dozens of others from his Islamic study group. They raised clenched fists and shouted “God is Great.”
“Only one thing can stop us: Ahok’s arrest,” said Achmad.
Some protesters snapped selfies of themselves wearing headbands emblasoned with “Arrest Ahok” and others cheered as speakers denounced him with hate-filled language. Many held aloft flags and banners with slogans such as “Ahok is an enemy of Islam.”


Blasphemy is a criminal offence in Indonesia and prosecutions have increased in the past decade though most people practise a moderate form of Islam. Amnesty International documented 106 convictions between 2004 and 2014 with some imprisoned for up to five years.
Television showed Ahok visiting a Jakarta neighbourhood and talking to residents, who greeted him enthusiastically.
President Joko “Jokowi” Widodo and other national figures had called for a peaceful demonstration amid fears Islamic State group supporters might try to cause chaos.
The simmering political climate has provided an opening for the Islamic Defenders Front to burnish its credentials as protector of Indonesia’s majority faith at the expense of mainstream Muslim groups.
“Upholding the law is an obligation,” the Front’s leader, Rizieq Shihab, said as she stood on top of a car outside the palace. “If Ahok is not arrested, we will stay here,” he said.
Ahok, who is seeking a second term as Jakarta governor, is popular with the city’s middle class. He is adored as a blunt speaker who doesn’t tolerate corruption and articulates a vision to make the chaotic, dysfunctional city more like clean, orderly and efficient Singapore.
But the anti-corruption stance has made him enemies, and the evictions of thousands of the city’s poorest people to make way for urban improvement has stoked anger and resentment and played to a stereotype of Chinese as exploiters of Indonesia’s poor Muslim masses.
On the national stage, Ahok is ranged against former president Susilo Bambang Yudhoyono, whose son is a candidate for Jakarta governor, a position that is a stepping stone to national leadership.
Associated Press journalists Ali Kotarumalos, Andi Jatmiko and Stephen Wright contributed to this story

Man must guide technological development, without letting himself be dominated by it : Pope Francis 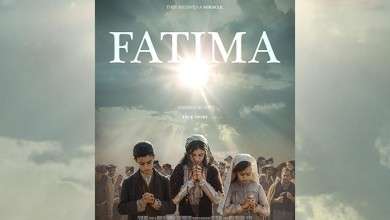