The gymnastics star has revealed that she carries a white rosary in her gym bag
American Catholic gymnast Simone Biles has won her first gold medal of Rio 2016 and his hoping to her medal tally in the coming days of competition.
Biles, 19, was the star of a gold medal-winning performance by the US in the women’s team gymnastics competition in the Rio Olympic Arena on Tuesday. Houston-born Biles registered the highest individual scores in the vault, balance beam and floor exercise.
She is favourite to win more gold medals in the individual gymnastics competitions in the coming days.
In a recent interview with Us Magazine, she revealed that she carried a white rosary in her gym bag. “My mum, Nellie, got me a rosary at church,” she told the magazine. “I don’t use it to pray before a competition. I’ll just pray normally to myself, but it’s there just in case.”
Biles’ mother was a drug addict who struggled to care for Simone and her sibling and so she was was adopted by her grandparents, Ron and Nellie Biles, when she was five.
Biles is a Sunday Mass-goer and is reported to regularly lights a candle to St Sebastian, the patron saint of athletes, before big events.
Meanwhile, Olympic swimmer and Catholic Katie Ledecky has won two gold medals in the Games so far. On Tuesday, Ledecky won the 200m freestyle race, with Sweden’s Sarah Sjostrom finishing in second place.

Headmaster of the Oratory school resigns 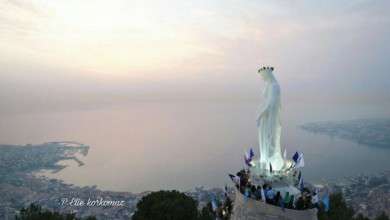