The Bible was presented to Catholic bishops of India before going on display at his local parish.

When India went into lockdown in early March, one Catholic man decided he would use the months of downtime to complete a faithful endeavor. Twenty-eight-year-old Rejin Valson, a firefighter at Cochin International Airport, hand-wrote the entire Catholic Bible during his time of isolation, a feat that is making headlines and giving his local Catholic community some much needed smiles after a hard few months.CruxNow reports that the project took Valson 113 days to complete, using 2,755 sheets of paper and going through 32 ballpoint pens in the process. The finished tome looks to be more than a foot thick and is bound together with a wooden cover, weighing in at over 30 pounds. The Old Testament took him the entirety of April, May and June to complete, but the New Testament was finished before the end of July.

According to his stated pace — 1 or 2 pages per hour — the project must have taken him upwards of 1,300 hours to complete.

In an interview with Nirmala Carvalho, of CruxNow, Valson explained how he decided to take on such a time-consuming and wrist-cramping task:

“My wife, Choice, is pregnant with our first child, she is in her seventh month. I wanted to complete this mission before the delivery. I did not do it for publicity. It is for my baby’s good health and I want to be a good father,” Valson told Crux.

Valson went on to note that although his wife was skeptical that he would finish such a monumental undertaking, but once he was underway she was very supportive. The firefighter said he also received support from his mother and from his “spiritual guides,” local priests Father Jinto, Father Able and Father Finosh. In a report from Vatican News, Father Finosh said Valson has always been an active member of the parish.

“He is a member of the Kerala Catholic Youth Movement (KCYM) and teaches catechism on Sundays,” the priest said.

Vatican News went on to report that the hand-written Bible was presented to Archbishop Andrews Thazhath and Auxiliary Bishop Tony Neelankavil of Thrissur on July 31. Valson, his wife Choice, and his mother received blessings from the prelates and then turned the Bible over to the parish, where it is now on display. 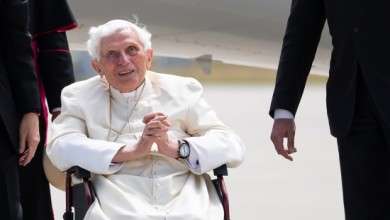 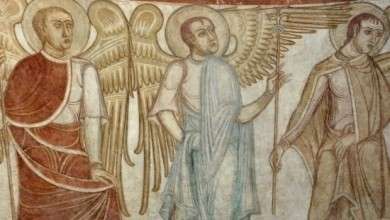 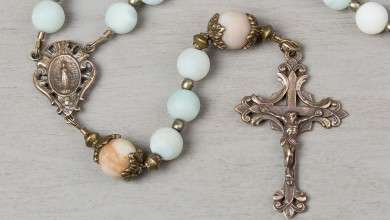