Steven Woolfe, a Catholic MEP, is in hospital after an “altercation” at a Ukip meeting.
Woolfe, MEP for the North West, collapsed after the meeting, according to Nigel Farage, the party’s interim pleader.
Farage said: “I deeply regret that following an altercation that took place at a meeting of Ukip MEPs this morning that Steven Woolfe subsequently collapsed and was taken to hospital. His condition is serious.”
Ukip sources have said Woolfe is conscious and that his condition has improved over the last two hours.
Woolfe, 49, is a former barrister. He grew up in Burnage, Manchester, before attending St Bede’s College. He was baptised a Catholic and was an altar boy.
Earlier this year he wrote an open letter to Cardinal Vincent Nichols. Quoting Rerum Novarum, Leo XIII’s groundbreaking social encyclical, he argued that the project of the European Union was “in contravention” to the Church’s teaching.
Read Steven Woolfe’s 2015 interview with the Catholic Herald. 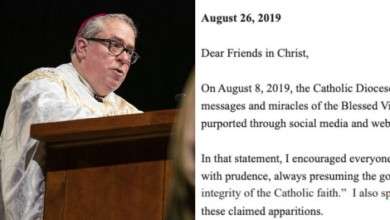