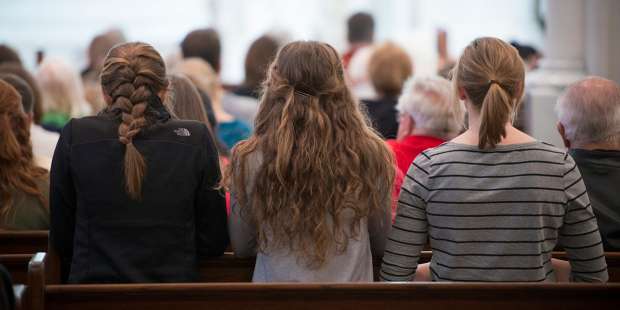 If my focus group ruled the world, here’s what they would probably enforce.

A Boston Herald story announced, “Millennials making their way back to church,” and focused on Catholic parishes in Boston that are seeing more millennials at Mass.

The report gave me an idea: Why not ask millennials that I know what attracts — or repels — them from parish life?

If my focus group ruled the world, here are the dos and don’ts of parish life that they would probably enforce.

“My generation hates when churches cater to the elderly and retired only,” said one millennial. She cited Masses scheduled at 8 a.m. or later instead of before or after work hours.

Millennials told me that a parish with an 8 a.m. or later daily Mass is saying, loud and clear: “We don’t want working people to attend our Masses.”

Meanwhile, a recent Gallup poll that said membership in churches is continuing its 20-year drop (though religious sentiment is still strong). That is a natural consequence of church schedules that exclude working people.

Do schedule Mass such that working people can attend.

On the other hand, when a parish is willing to have an early or afternoon daily Mass, it sends its own message: “We will sacrifice to meet your needs, rather than demand you sacrifice for ours.”

A bonus tip for parishes from my focus group: Please, please, put your Mass times on your parish website, and make them “sticky” at the top of your Facebook page, particularly during special times like Holy Week.

Millennials also called out service opportunities at parishes. They tend to be run by older people who can’t imagine doing something different from what was done before.

That means that young people who don’t want to sell baked goods or can’t sew or can’t meet on Wednesday afternoons have no way to participate — and the parish has no intention of changing this, because of who is in charge.

Do make the Church a place where millennials can serve their communities.

Meanwhile, one of the great benefits of church membership is that it serves as a kind of antidote to the self-centered and isolating social media culture. Religion not only bonds you to God, it bonds you to your community through service to others.

If churches want to keep millennials, they need to “give them the keys to the car” and allow them to create parish service opportunities that suit their abilities and availability.

Third: Don’t only offer confessions one hour a week.

Millennials tell me that the sacrament of confession feels like a sacrament built for them. It allows them to focus on their unique personal life story and how it intersects with God and the world, and get personalized help in making it better.

But working people have a hard time getting to confession on a Saturday, the day when all their errands have to happen also. Those with children find it even harder.

Do offer confession in the evening.

My parish does a great job at this, offering confession on Wednesday after work.

The popularity of the sacrament is obvious: You often see young people in line at the parish, and confession lines at Benedictine College, right next door, have quintupled in the last 10 years.

Often, the fellowship opportunities at a parish cater to particular categories of people — older people.

Do allow young people to create their style of fellowship

The Boston Herald story offered one example of a Boston parish that offers a 7 p.m. Sunday Mass with a potluck dinner afterwards.

At my age (49), I would never go to such a Mass or such a potluck. But that’s exactly the point. Millennials would and do.

“There’s something about being at the table with a bunch of people and laughing and joking — that’s the connection that people like,” said a parish worker.

More of that, please!

Fifth: Don’t try to be hip.

Several years ago I noticed an interesting generational divide in meetings about parish music. Young people wanted the traditional, “singable” hymns that are old chestnuts in our hymnals: “To Jesus Christ Our Sovereign King,” “Holy God We Praise Thy Name,” “Hail Holy Queen Enthroned Above,” etc.

Often, when older people try to reach out to younger people, they ignore what younger people actually want, and default to the kinds of things they liked when they were young.

Instead, do try to be authentic.

“We want authenticity,” one millennial told me. “When Catholic churches try to be youth-friendly — less smells and bells and more hip — it rings false.”

She told me young people like Eucharistic adoration (make it available outside work hours!) and other traditional devotions, along with Bishop Robert Barron-style apologetics.

This maybe sums up all of the advice my focus group gave me. Don’t try to be who you aren’t — be who you are, but be that for all.